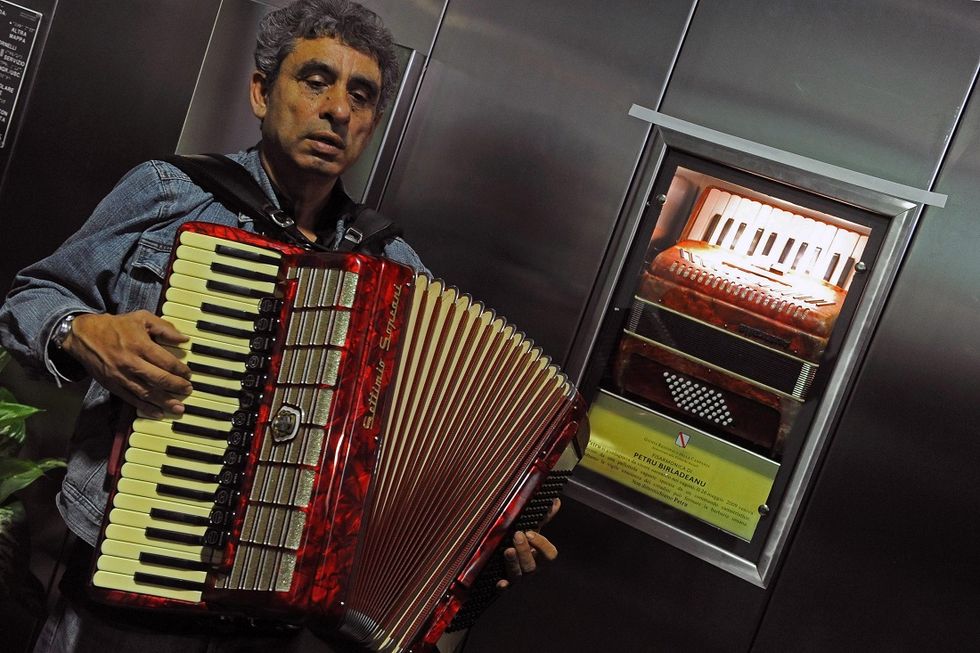 Castelfidardo and the Fisarmonica production

Fisarmonica, the Italian for "accordion", stands out as a landmark of Italy and its traditional local music. In particular, Castelfidardo (Ancona) is regarded as the capital of handcrafted accordions, where experienced local artisans take several months to produce each piece.

As recently discussed in the Australian magazine Italianicious, the first accordion was invented in Wien (Austria), by Cyrill Demian in 1829. Besides the historical facts, tradition tells us a very nice story concerning the import of accordions in Castelfidardo. Paolo Soprani and his family hosted for one night an Austrian pilgrim who was carrying the instrument with him. Paolo was extremely fascinated by the instrument and spent the whole night trying to understand how it worked, analysing all its parts. At the end, Paolo decided that he wanted to produce accordions on his own. Therefore, he and his brothers opened several factories around the town.

1987 is a date to remember because Paolo Soprani the Fisarmonica as we know it today, that is a chromatic version with a bass keyboard having a separate button for every chord. After the launch of this model, several other factories opened in the area, developing a real hub for Fisarmonica's production.

Beltuna, the most reliable brand over the decades, was founded in 1982 by two local experienced craftsmen (Arnaldo Mengascini and Elio Baldoni) who decided to open up their business after many years of work for other companies. In fact, Arnaldo started working when he was 14 years old and his goal as to create an instrument of excellence. For this reason, he stated "Our ambition from the start was to create a name that would remain embedded in the hearts of musicians, customers and co-workers". After 30 years and their undisputed reputation, it seems fair to say that Arnaldo and Elio brilliantly achieved their goal.