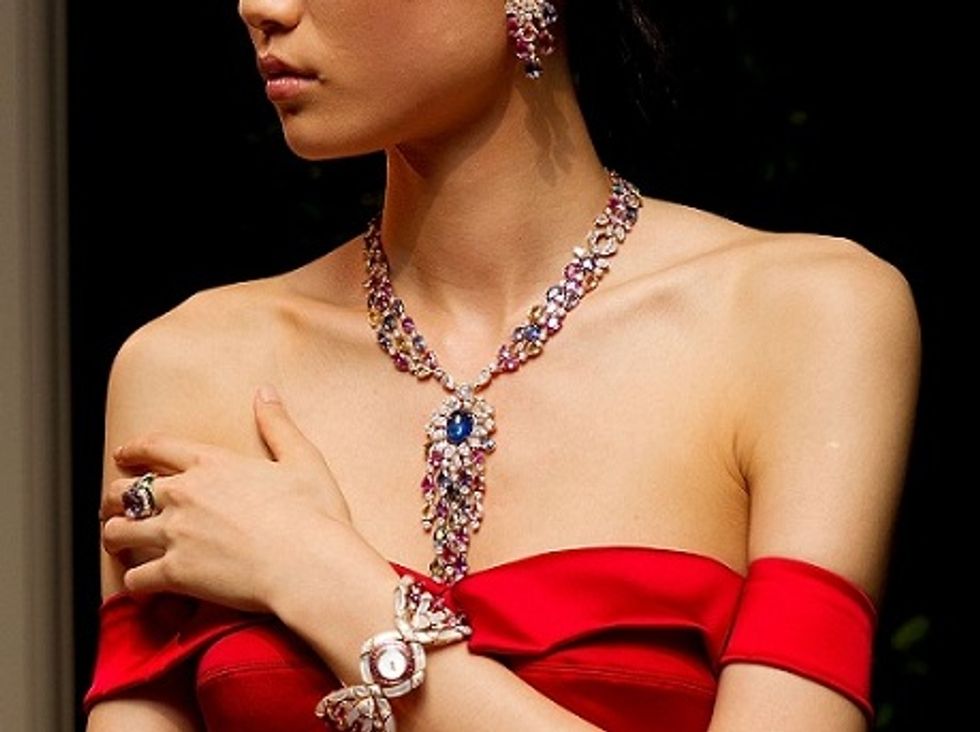 130 Years of Masterpieces on show in the US

Founded in 1884, Bulgari celebrates this year its 130th anniversary. Their jewelleries have been portraying throughout history an image of luxury and uniqueness. Elizabeth Taylor, Sophia Loren, Ingrid Bergmann, Grace Kelly, Gina Lollobrigida and Meryl Streep are some of the names associated with Bulgari's icon. The classy fashion label has always kept a focus on exalting the past, starting from their Greek and Roman origins and at the same time aimed at developing innovative ideas for the future.

Bulgari has been very active in promoting the brand through initiatives in the whole world. For their 125th anniversary they opened exhibitions in Rome, Paris, Beijing and Shanghai. Also, they are important supporters of great voluntary associations such as Save The Children.

In Houston, at the Museum of Natural Science, Bulgari opens "130 Years of Masterpieces" with 150 pieces, including some from private collections. "The exhibit is a blend of art, design and nature", said museum president Joel Bartsch. Bulgari's jewelleries made of precious stones like sapphires, rubies and diamonds mirror the collection of minerals the museum holds permanently, creating a naturalistic fil rouge.

Alberto Festa, president of Bulgari USA, explains the exhibition focuses on glamour. They show many pieces given to movie stars during La Dolce Vita, along with Elizabeth Taylor's private collection. Bulgari has exalted throughout the years women's beauty and class. For this reason, the exhibition includes portraits of beautiful women wearing the jewelleries.

Houstonians Lynn Wyatt and Joanne King Herring loaned their own notable necklaces for the occasion. "Houstonians appreciate anything that is beautiful and chic at the same time, and I think Bulgari encompasses both of those qualities", said Wytt. Exposed in Houston are also the symbols of Bulgari's legend, the collections of snakes and coins. The exhibition will remain open until October, 5th.