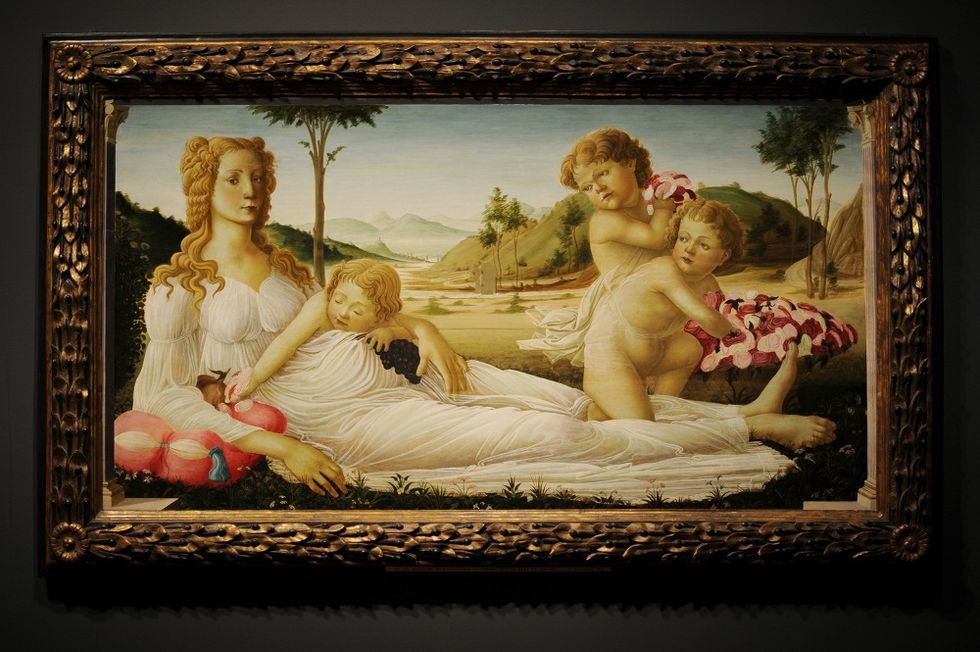 Botticelli’s Pallas and the Centaur welcomed in Japan

"The Uffizi Gallery in the art city of Florence was founded to preserve the art collections of the Medici, a wealthy banking family of the Renaissance. The gallery's name, Uffizi?"a word meaning "offices" in Italian, derives from its original use in the 16th century as the city's administrative office building. Today, the Uffizi Gallery is famed for its collection of masterpieces of Italian Renaissance art, including Botticelli's Primavera and the Birth of Venus".

It is quite surprising to read such a detailed presentation of one of the most famous Italian museum, the Galleria degli Uffizi" in Florence, on a Japanese website. The reason why this is happening is that a few days ago the Uffizi made their debut in Japan, with an exhibition entitled "Arte a Firenze da Botticelli a Bronzino: verso una 'maniera moderna'" at the Metropolitan Art Museum in Tokyo.

76 works from the Uffizi and other Florentine museums are featured in this extraordinary exhibition, including Botticelli's "Pallas and the Centaur". Sandro Botticelli is an Italian painter who worked actively for the Medici family and became intimate with the circle of intellectuals that gathered around its 15th-century head, Lorenzo the Magnificent. His work is famous for the evocation of female beauty and fragility in portraits of goddesses and the Virgin Mary. The masterpiece "Pallas and the Centaur" displays Pallas Athena, the goddess of knowledge, commanding the centaur, a creature which is half-human and half-animal, and it has been interpreted as an allegory for the victory of continence over carnal desire.

The opening in mid-October in Tokyo was attended by Lorenzo Morini, chargé d'affaires at the Italian Embassy in Tokyo, senior figures from Japan's art community, and a delegation from Florence, Pistoia and Prato. Both Japanese and foreign tourist will have the chance to enjoy this collection of Italian masterpieces until the 14th of December.