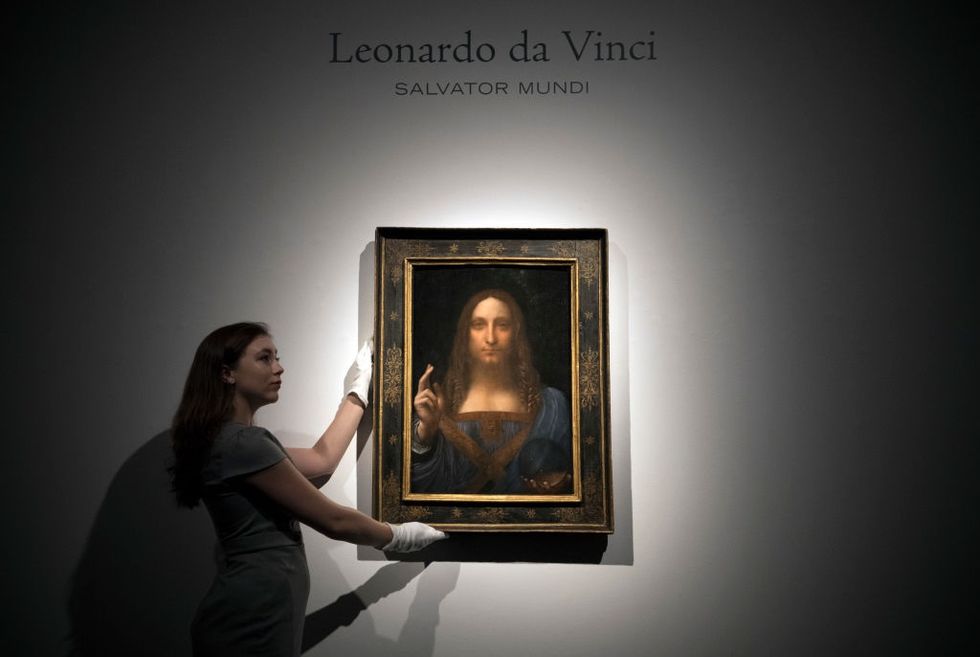 Salvator Mundi , translated as Savior of the World, is the the long-lost Leonardo da Vinci painting of Jesus Christ commissioned more than 500 years ago by King Louis XII of France. A few weeks ago, it was sold at Christie's in New York for $450.3m, shattering all world records for any work of art sold at auction.

As recalled by the American magazine Time, "the 500-year-old portrait of Jesus Christ has a shady past that includes ownership by King Charles I, a 160-year disappearing act and a sale for only thousands of dollars just 12 years ago". The painting depicts Jesus Christ holding one hand in prayer and a crystal sphere in the other while draped in a blue robe. It is so precious because it is one of fewer than 20 paintings known to be made by the Italian master himself.

According to experts, the original painting has been is damaged, heavily repainted, then restored, and not all agree that the italian genious was the primary artist behind it. To confirm the authenticity of the masterpiece, a team of six scientists has been working for four years analysing the painting "at a microscopic level, taking minuscule samples to determine the pigments, materials and techniques used to create it. They also used technical imaging with x-rays, infrared and ultraviolet technology to evaluate how it evolved with each stroke".

According to Time, "the work was owned by King Charles I in the 17th century, but then it disappeared from records from 1763 to 1900". The painting resurfaced again in 1958, and then sold in 2005 for less than $10,000. It was the Russian billionaire Dmitry Rybolovlev who brought the painting back to the market in 2013 after buying it for $127.5 million. And now, the masterpiece has been sold for a price that is much higher to an anonymous bidder.