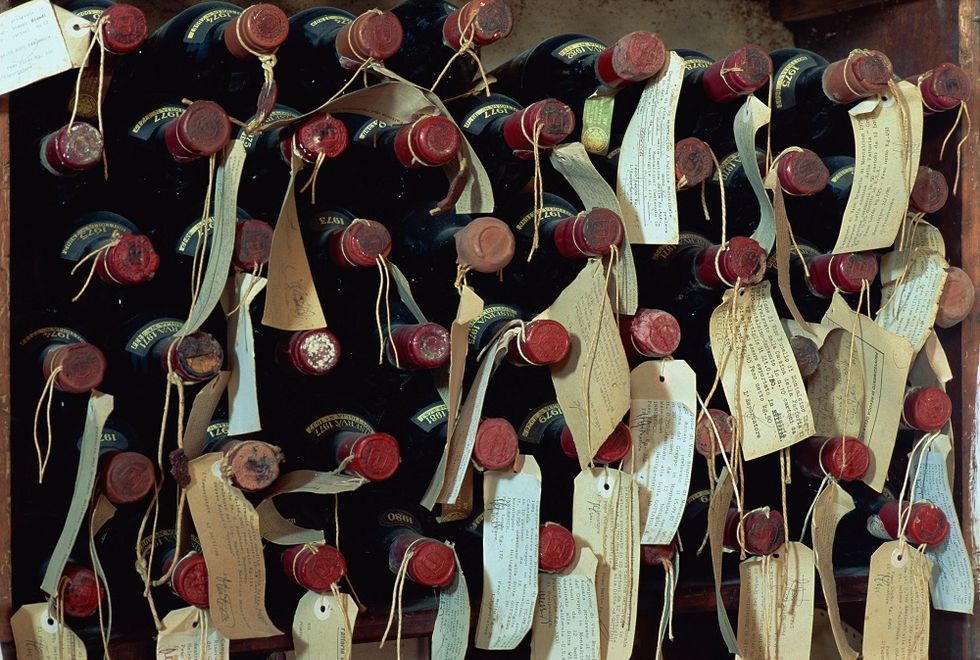 A few reasons why Brunello di Montalcino 2010 bottles are extraordinary

The Brunello di Montalcino 2010 is one of the most eagerly awaited wines of the year. This is because 2010 bottles are broadly considered a 5 star vintage.

From the 20 to the 23 of February, more than three thousand people will travel to Montalcino, the famous hill town in Tuscany, to join the "Welcome Brunello" tasting tour organized to celebrate this delicious wine.

According to Vittorio Fiore, an Italian ?"nologist and consultant, the wines obtained from 2012 harvest "show extraordinary characteristics for Sangiovese, both with regard to their organoleptic profile" and composition. This opinion has been shared by many people, including Franco Biondi Santi, the historic producer of Brunello who with his Tenuta Il Greppo is perhaps the person who has seen most Brunello harvests ever. According to him, in 2010, "the good weather in September resulted in small grapes with very thick well-coloured skins rich in pruina. The musts were very sugary with excellent levels of total acidity". Fabio Ratto of Antinori Agricola added on that, stressing that specific "weather conditions, combined with attentive agronomic practices, brought about very high quality grapes".

A preview of the "Welcome Brunello" initiative was organized a few weeks ago in the States. New York and San Francisco hosted the "Welcome Brunello US", during which 40 producers introduced themselves to the local market and presented their best bottles to an enthusiast public of experts, sommeliers, media, opinion leaders in the trade and wine lovers. The US event has been a great success, and 9 million bottles of Brunello 2010 have been ordered after that.

Assuming that the Italian gathering will not disappoint anybody, it is realistic to highlight that the 2010 harvest, which started with an alarming delay in the commencement of the budding owing to below-average Spring temperatures and frequent rains that characterised this period, a situation that provoked some problems in the setting of the flowers, which caused a slight cutback in production of around 10%, will be remembered for ages in Montalcino.