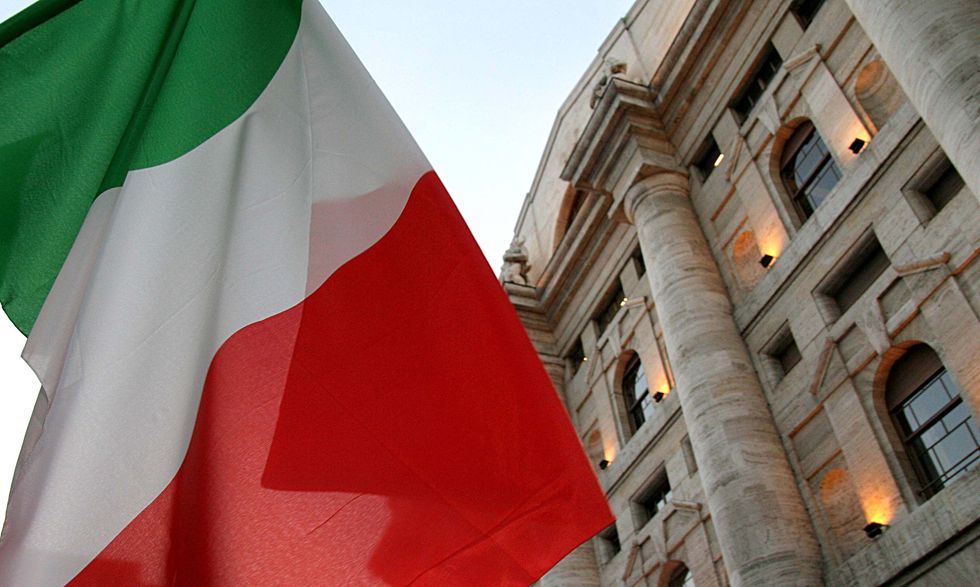 The Seven Capital Virtues of Italy, a good place to invest

by Giada Vercelli - from London

Why not Italy? The Italian private equity funds would like to know. An appeal made to those foreign investors who only know about Italy's high public debt, the lowered scores of the credit rating agencies and the worst rate of annual economic growth for developing countries after Japan in the last 20 years. But that's not all there is to know about Italy.

It is also the third largest European economy, founded on a myriad of stories of excellence, and on a family network with a strong propensity toward savings and on a solid system. Among the international operators there are some who are beginning to take notice of this.

Between the fourth quarter 2010 and the third quarter 2011, for example, direct foreign investments in Italy increased to a value of over 6.6 billion dollars (eight times the 796 million dollars invested in the same period of the previous year). In the first three months of 2012 the merchant bank of Goldman Sachs acquired 2.3 billion dollars in Italian government bonds.

Although the confidence of the Italian companies fell to 89.5 points in April, the lowest point in the last two years: if Italian entrepreneurs don't believe in their country, why should foreigners? It's a tragedy for those whose job is to «sell» Italy abroad.

So the managers of the private equity funds (funds for the development of business) decided to react, and hired the Bocconi University and the Harvard Business School to make an unbiased survey at the international level of the Italian economic system. The result is the report «Why not Italy?», a more persuasive calling card than a thousand corporate road-shows. The data, which will be presented in Barcelona on 8 and 9 June 2012 at the EVCA (European Private Equity and Venture Capital Association) symposium, are an X-ray of Italy that works. Here is what it looks like.

Italy is the third economic power of the European Union. With the exception of the public debt, there are no other significant macroeconomic imbalances in Italy: no big real estate bubble, low indebtedness of the families, a fundamentally healthy banking system

Italy is the third largest economy in the European Union, after Germany and France. According to the World Bank data, it has always been one of the 10 most important economies in the world, despite the fact that it cannot count on energy independence or on an abundance of raw materials or natural resources, or cheap labor, like many of the developing economies. All this, regardless of periods of growth or global recession, reveals how the Italian economy is closely interrelated to the rest of the world. It is an export country, although the flow of imported goods and services is considerable, due to its dependence on crude oil, gas and raw materials.

As regards growth, it should be noted that, unlike other countries, the Italian system is not excessively exposed to risky investments. Therefore it has less of a need to engage in operations of «deleveraging», that is, disinvestment from speculative exposures.

On the debt scene, efforts are being made to repair some damage with a new impulse toward privatizations regarding the capital city, but also the provinces, regions and municipalities. A very cautious estimate of the potential for privatization of the municipal companies speaks of about 200 billion euro. This would mean savings of about 6 billion euro on interest costs.

2 - The wealth of the families

Though Italy is not a parsimonious country, the Italian families share a strong propensity to save. At the end of 2010 their net worth, taken as the sum of property assets (land and houses) and mobile assets (bank deposits, bonds, stocks), and net of debts (mortgages and loans), amounted to 8.64 billion euro. The division of wealth is sadly unequal: 45% of the wealth is in the hands of 10% of the richest families.

From the strictly financial standpoint, the Italians are wealthy because they hold large financial capitals in relation to available income net of taxes.

This wealth is concentrated in the hands of a few. 10% of the richest families hold 45% of the total wealth.

It is likely that in 2015 a quarter of Italy's family enterprises will be headed by someone over seventy.

The Italian banking system has developed in accordance with principles of low risk and low yield, as a guarantee of stability. Unlike other countries, our banking sector will have less difficulty in adapting to the criteria of Basel 3, the international agreement that will become effective in January 2013, whereby the banks will have to allocate capital at least equal to 7% of their financial commitments. In spite of the umpteenth rating cut announced by Moody's on 15 May, the financing operation of the Central European Bank (Long-term refinancing operations (Ltro) eased the problem of short-term liquidity. For the large Italian banks the contribution was minimal: 4% of assets, according to a report filed in April by the Japanese Nomura bank. However, the analysts at Barclays Capital criticize the Italian banks for what they consider a loan/deposit ratio that is still too high. The Bank of Italy confirms: slight reduction of the portfolio of loans and stabilization of deposits.

In the world classification of the 100 most valuable brands, only three are Italian. However, in 2010 high quality products made in Italy achieved sales of over 9 billion euro, with exports for 1.5 billion euro. This means that a great many Italian brands are in demand abroad, offering additional growth potential.

The fragmentation of the entrepreneurial fabric is a limit to the creation of a coordinated system. However, if well orchestrated as a system, it is an advantage, because it creates flexibility and diversifies the production scenario. Italy is the country with the largest number of registered companies in Europe. In every sector, the vast majority of enterprises have fewer than 10 employees. The fragmentation is also geographical, with 101 industrial districts. To stimulate competitiveness, in 2009 Italy created network contracts, which permit companies to work on joint-ventures without having to establish a new legal entity.

With over 3,400 museums and 47 Unesco sites, Italy has the most extensive cultural heritage on earth. In spite of this primacy, however, the economic return on cultural property is very low in Italy. With half the Unesco sites compared to Italy, the economic return of the United States is 16 times greater. The Chamber of Commerce of Monza and Brianza applied 10 business parameters (number of visitors, value of merchandising, number of employees) to calculate the potential value of the artistic and scenic sites in Italy, if adequately exploited. The result is that the first eight cultural attractions are estimated at 389 billion euro. The trademark of the Colosseum alone could reach a value equal to 5 percent of the entire public debt. That's not all: the Chamber of Commerce of Monza and Brianza also calculated the potential value of scenic sites like Chianti (4 billion euro), the Amalfi Coast (3.5 billion), the Romagna Riviera (2.3 billion), Madonie (2.1 billion).

The Chamber of Commerce of Monza and Brianza calculated the potential value of Italian monuments, if property managed:

The Italian tourist industry is:

1st among the EU countries for accommodations

3rd among the EU countries for arrivals

5th in the world for arrivals

Logistics is simultaneously a critical area and an unexploited opportunity for growth. That's not bad at a time when the developed economies are unable to identify possible growth sectors. In Italy logistics account for only 7% of the GDP, which puts Italy in 22nd place in the world classification of the Logistics Performance Index (LPI) of efficiency. The main reason is the fragmentation of infrastructures.

According to Agcom, the authority in the communications sector, the delays in the development of broadband alone costs the country between 1 and 1.5% of the GDP. In addition to the classical projects for improvement of the motorway network, it is also important to consider extraordinary structures like the MOSE installation in Venice. Another positive aspect is that Italy has opened its public-private partnerships to foreign investors.

OPPORTUNITIES FOR THE SOUTH

The geographical position of Italy is a significant advantage because it facilitates connections toward Asia and the Middle East. These three markets, with Italy at the center, have a total of 800 million consumers. For the Southern Italy, favored by geography in exchanges with the new markets, logistics could be as important as extracting oil for the Persian Gulf countries.

The Italian PPP market (public-private partnerships, where the public and private sector converge, as in the case of the municipalized companies) is one of the most advanced in Europe. Between 2002 and 2011, over 13,600 public tenders were announced, for a total of 66 billion euro. Another attractive point for foreign investors is the assessment of Italian companies. For reasons of method, all the fundamentals being equal, the average Italian company is valued less (and therefore costs less) than an identical American or European company.

Then there is the Italian Stock Exchange. Classified first in 2012 for market contracting of Exchange-Traded Funds (ETFs) and for exchanges on the fixed-income market, the Italian Stock Exchange is part of the London Stock Exchange Group. This gives it access to a broad public of international investors, greater liquidity on the European market and higher yield value of dividends, while at the same time guaranteeing a limitation of costs for operations of negotiation and for post trading services.

Confirming the analyses of the Bocconi University is a comment from the market. «The other side of the crisis coin is the rise of new opportunities» says Fernando Napolitano, from New York, founder of the Why Italy Matters Corp., created in 2011 to promote the best of "made in Italy" in the U.S. «The reforms that the government has enacted and will continue to enact will make our country even more interesting ».

It all started with a serving of overcooked spaghetti

The «Why not Italy?» report came into being in March 2011 at a table of the Sage Restaurant in Berlin. Fabio Sattin, the chairman of Private Equity Partners, and seven of his direct competitors sat before a platter of overcooked spaghetti. The Italian fund managers looked one another in the eye and said: «Why is it that in Italy we have the know-how, for example we know how to cook spaghetti, but foreigners are better at selling it?». The year before, in 2010, foreign investments in the Italian funds had decreased to 2 percent. Something needed to be done, and urgently, to change the perception of the country. But what? An authoritative and incontrovertible survey. Done: the survey was commissioned and assigned to professors Stefano Caselli and Guido Corbetta of the Bocconi University, flanked by Dante Roscini, who teaches International Political Economics at the Harvard Business School. The initiative involved the most important Italian operators of private equity funds on a strictly personal and non-delegable basis: in addition to Sattin, Andrea Bonomi, Claudio Sposito, Mario De Benedetti, Edoardo Lanzavecchia, Raffaele Legnani, Eugenio Morpurgo and Nino Tronchetti Provera