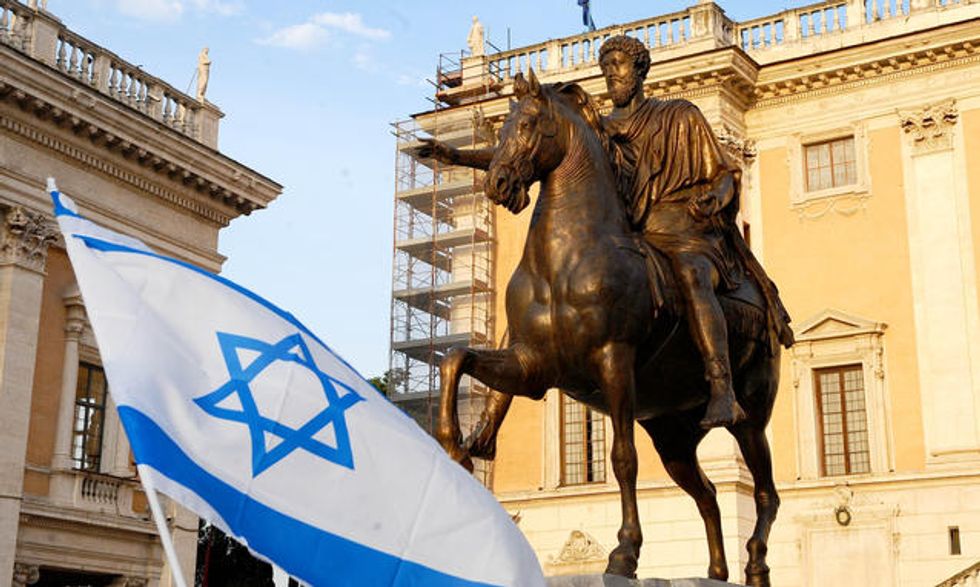 In these times of international economic crisis, there is one country that closed 2012 with 3.5 percent growth and which, despite everything, continues to invest more than 4.5 percent of its GDP in research and development.

The Israeli Miracle was center-stage at the event organized the evening of Thursday, March 14 in Rome by the Campidoglio Rotary Club and by Alé&Partners, with special guest Noar Gilon, Israel's ambassador to Italy.

A people of nearly 8 million inhabitants in a permanent state of war and lacking in natural resources that has become a technological driving force and where the leading high-tech companies in the world invest. With the highest number of Nasdaq companies, after the US, and where 5,000 start-ups are born each year, compared with just 700 in all of Europe. "Necessity is the mother of invention," declares Ambassador Gilon. "Being a young country has both its advantages and disadvantages. On one hand, we have focused on the innovation-based new economy. On the other, however, we don't have a network of companies the way Italy does."

Thus the idea to create a platform to connect companies and research centers in both countries. "In this way," Gilon explains, "we want to intensify exchange between the two shores of the Mediterranean to exploit to the maximum the potential of each."

Istat: ecco i morti per Covid in Italia nel 2020