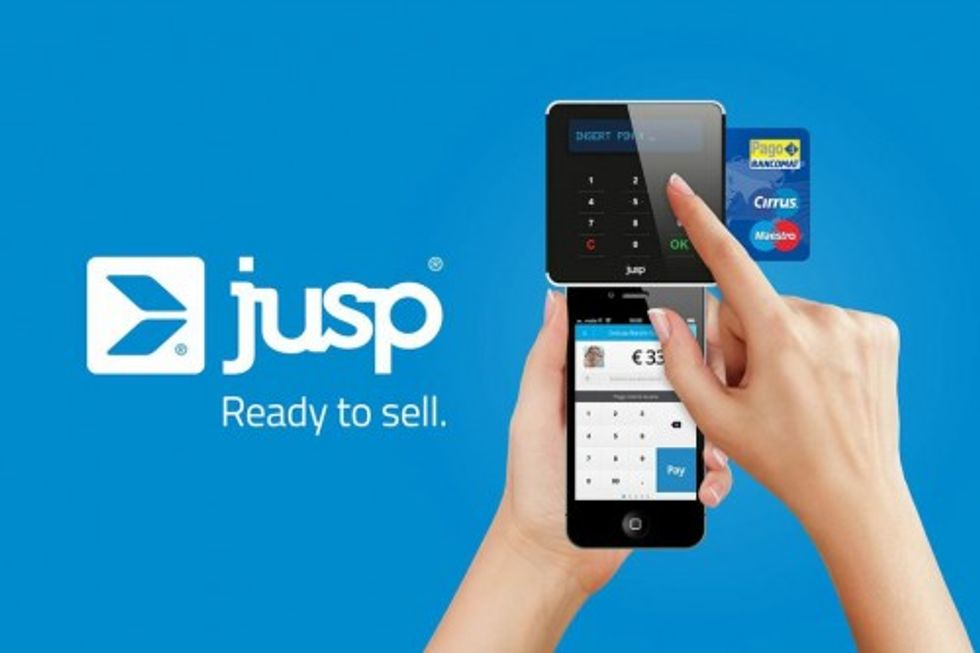 One startup and two Venture Capital funds. 100% Made in Italy. A ?4mln deal that is not only the last in the Italian innovation and investment ecosystem but also one of the biggest that has ever been closed.

Incubated at the "Politecnico di Milano", Jusp (abbreviation of "Just Pay") was founded in November 2011 by Jacopo Vanetti and Giuseppe Nicola Saponaro and now has a team of twelve people.

The task is to make Jusp the principal mobile payments platform both in the domestic and in the international market. How are they going to make it?

Apparently they have two critical factors to make a startup successful.

Jusp is the smallest POS terminal in the world, the only one that plugs into the audio jack of smartphones and tablets and that makes it much easier and convenient for doctors, taxi drivers, street merchants to accept credit and debit card transactions. Jusp is a real alternative to traditional POS terminals that weighs only 130 grams and offers security standards.

Together with the two founders, now CTO  and COO, there are other people from different and unique backgrounds who add value to the company.

Experts of mobile and online transactions and startups such as Bruno Spadoni (Setefi), Giulio Valiante (SaldiPrivati) and Simone Ranucci Brandimarte (Glamoo) have joined the board while the Chairman is Stefano Calderano, also Chairman of Principia SGR. Paolo Guida, business angel investor in Jusp since 2011, is both CEO and CFO of the company.

Furthermore, differently from Square (the most famous competitor), the device developed by Jusco uses Chip&Pin rather than the usual signing system hence allowing also for payments through debit cards. iZettle, a Swedish startup, has launched a similar product back in February and has already expanded to UK, Spain and Germany.

Will this great team outperform the competitors and become the POS terminal standard?