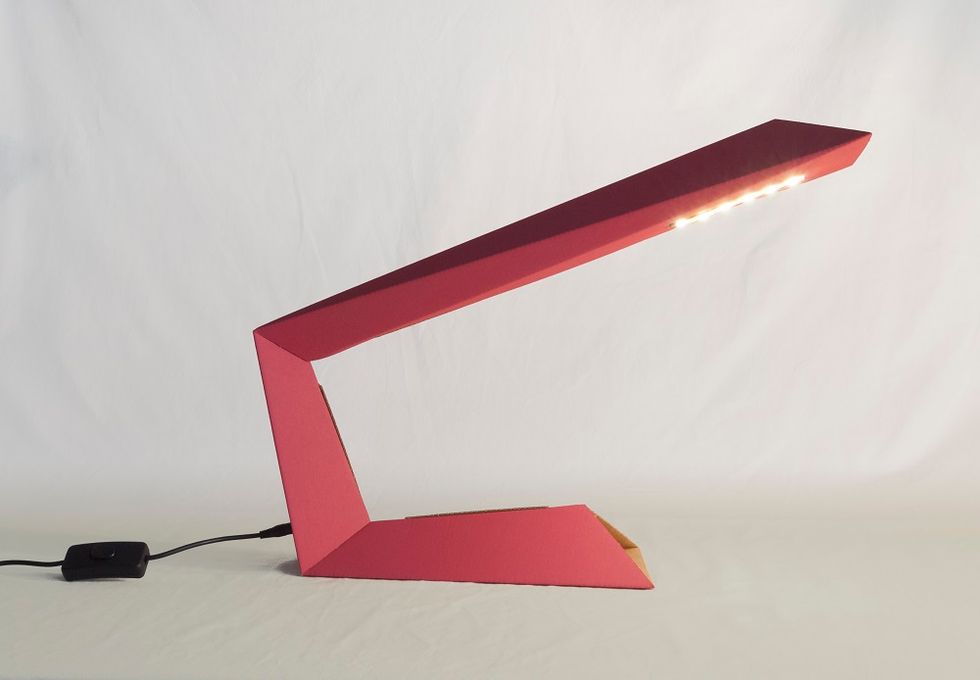 Introducing Fattelo!, the Italian lamp made of cardboard

Can design mix together with the Do It Yourself (DIY) philosophy? Yes, but only with the help of innovation and creativity. Or at least this is what four Italian young designers have proved with their cardboard lamp 01Lamp Fattelo!.

Everything started a few years ago, when Federico Trucchia was thinking about how to create a lamp using the cardboard usually employed to deliver pizzas. He decided to share his crazy idea with three other friends, Daniele Schinaia, Mattia Compagnucci and Antonio Scribano, who joined the project with enthusiasm. Since at that time they were all living in four different cities, Skype became the perfect tool for them to share their ideas and results together with difficulties and frustrations.

When the lamp was ready, these four Italian guys decided to create a web page where to present their product and explore its marketability through feedbacks. The used social network for advertising purposes, and it did not take long for them to understand that launching 01Lamp into the market would have been a good idea.

How to do that became the next problem to solve. A start-up was created, and a crowdfunding through Eppela started. According to Antonio Scribano, there are at least two reasons that contributed to Fattelo!'s success. First, the fact that the lamp has its own style and it is intriguing. Second, it believes in Creative Commons, that is in offering its clients the chance to build similar objects at home, following the instructions provided together with their original piece and using very simple materials that are usually available almost everywhere.

It is curious to learn that these four young designers have four different jobs and they have been working together only on their 01Lamp project. The lamp is now available on DaWanda, the new online marketplace entirely devoted to designers, makers and artisans from all over the world. Considering its success online, it is reasonable to expect that this Italian team of 30 years old designers will soon start working on something else.