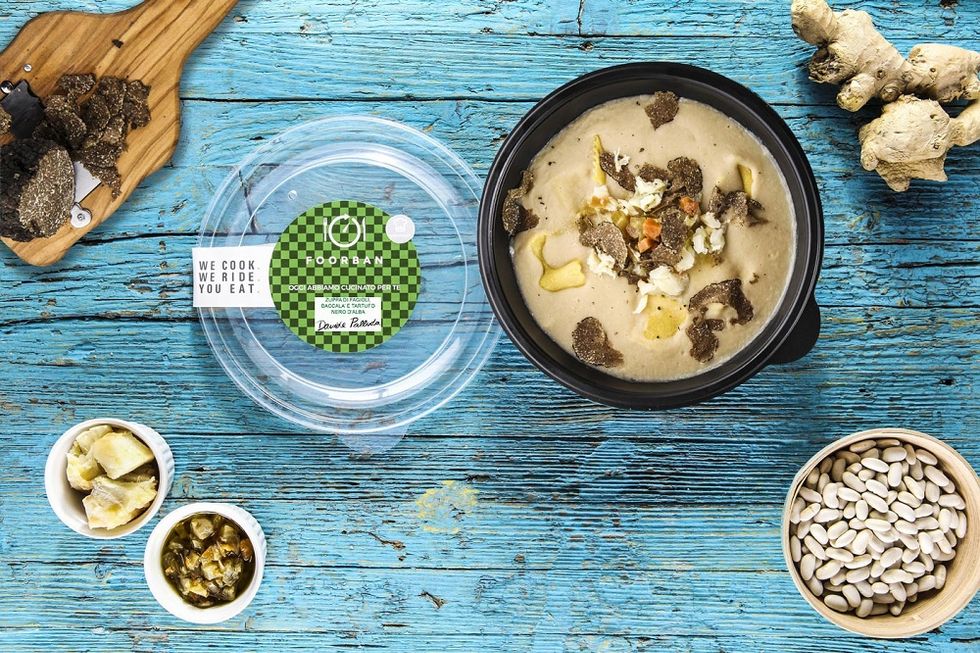 The first "starred lunch break" is launched in Milan, coming out the collaboration between the startup Foorban and the Italian Chef Davide Palluda. Gourmet dishes are prepared by expert hands, ordered via App and delivered in less than 20 minutes.

Foorban is quite innovative since it is the first digital restaurant, while Mr Palluda is internationally known for his great performances and for his Michelin star, received in 2000 and never abandoned.

Marco Mottolese, Stefano Cavaleri and Riccardo Pozzoli - Foorban founders - clearly stated the objective of Foorban: "to propose a different idea of home delivered food, other than junk food, based on high-quality products, on a varied menu and on cuisine research." In fact, Foorban menu not only is enriched by the prestigious name of Davide Palluda but also by its strong Piedmontese identity, serving typical local dishes with a modern creative touch.

Made in Italy and innovation are two key words of the company, shared by Chef Palluda who is also busy with his restaurant All'Enoteca (Canale, Cuneo), a cooking Lab and with a project called Taste Architecture. The latter concern an on-line platform where people can buy on-line everything they need to prepare home recipes advised by selected chefs.

When asked for his opinion about Foorban, Mr Palluda declared that he was immediately fascinated by Foorban "because we share the same concept of food". In fact, he is a great admirer of traditional cuisine, which has always been his starting point to develop something more. Foorban has the same idea.

In occasion of the first launch on the market (December 2016), Foorban team has promoted some specials. For instance, who orders before 12.00 pm will get free delivery. Prices are about 15 Euros to encourage people to eat well. Some of the proposed recipes are white beans soup, maltagliati pasta, salted codfish, ginger vegetable enriched by Alba black truffle flakes. Buon Appetito!