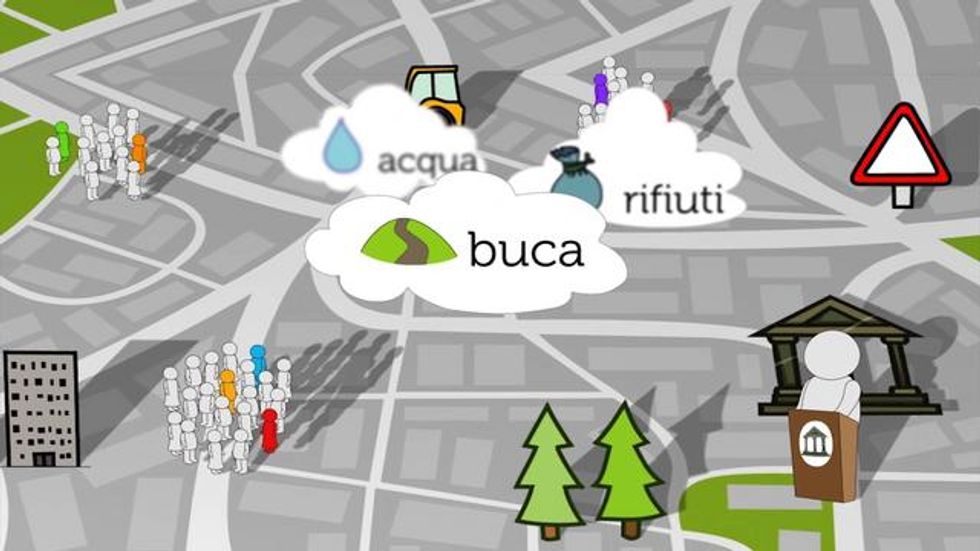 Improved communication between citizens and municipalities for making a social impact

Although they want to help the city, they point out that they're not the Batman. But that's just because they don't have fancy gadgets, nor a butler, nor... money. Jason, from Comuni-chiamo, caught everyone's attention with this 5-minute pitch opening, which was followed by very convincing reasons for the committee, composed by University professors, industry experts and fund managers, to declare his venture winner of the first Italian social app competition.

Their system works, as the 21 municipalities that already use it can confirm. More importantly, however, it does have a broad social impact on everyone's life, by means of making it easier to fix things that don't work in our cities ("but please do not just think about street holes") and saving precious human and financial resources.

There is already a solid plan for the near future, which is where the prizes that Comuni-chiamo was awarded yesterday at Bocconi University, at the end of the final pitching event, come into play: the Mind The Bridge summer startup school in San Francisco in order to improve venture capital business competencies; the complete development of the smartphone app with the guarantee of having it on the market by the 1stof September, offered by Thinking Technologies; a ?65 thousand suite of internet services paid for by Microsoft BizSpark.

Comuni-chiamo is one of the nearly 180 projects submitted to the SocialApp call for ideas which, after a 2-month screening process, brought four more teams to the final pitching event. We sincerely wish the best of luck to Diario, Pedius, Skillbros and Youmove.me which, in an environment where the lack of good and viable ideas is a much more compelling problem than the alleged scarcity of capital, have every chance to succeed.