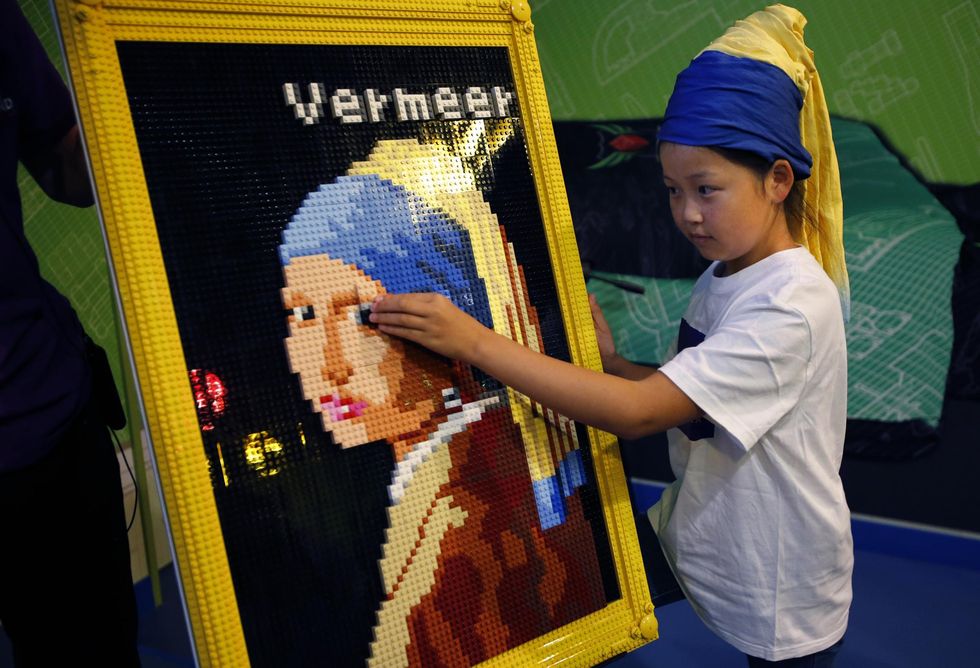 Vermeer and the Golden Century of Dutch art in Rome

More than 55.000 tickets have already been sold for this exhibition/event.The collection includes, alongside the masterpieces of the Flemish genius, a selection of paintings by other Dutch artists of his time.

The exhibition of Veermer's masterpieces is unusually surrounded by excitement and expectations and will be open from next week until January 2013 in Rome.

More than 55.000 tickets had already been sold one month before the inauguration.

Le Scuderie del Quirinale will host Vermeer exhibition, where visitors will be able to admire eight masterpieces of the most mysterious Flemish artist, died, still relatively young, at the age of 43.

Visitors will be able to remain enchanted in front of the portraits of "ideal women", like  Girl with a wine glass, exceptionally lent by Anton-Herzog Museum of Braunschweig, or  Girl with a red hat, from Washington and the famous Little Street, from Amsterdam.

Alongside with Vermeer's masterpieces, the exhibition will show a detailed collection of works of his contemporaries, the masters of genre painting during the Dutch Golden Age, such as Pieter de Hooch, Franz Hals, Gerrit Ter Borch and Gabriel Metsu.

All of them famous for their specific techniques to render the effects of natural illumination on different materials and surfaces.

The particular atmosphere of excitement that seems to characterize this exhibition, can be explained by the fact that Vermeer's canvas have been seldom exposed in Italy.

Two of Vermeer's paintings were on exhibition for the first time in Rome in 1928 on the occasion of the Dutch painting exhibition held at Galleria Borghese in Rome.

The collection included also the works, Girl with a Pearl Earring and Love letter, presenting Vermeer as one of the greatest genre painters.

In 1951, it was possible to admire the young Vermeer 's Diana and her Nymphs, at the Milan Palazzo Reale exhibition on Caravaggio, curated by Roberto Longhi. A work, as Longhi said, that shows very clearly Caravaggio's influence on Vermeer's work.

In 1954 Vermeer's paintings were again presented at the Dutch Painting exhibition of the 1600s held in Rome and then in Milan, among the others, The Milkmaid and Diana and her Nyimphs from Aja Museum.

Later in 1956 at the European XVII century classical baroque Realism exhibition in Rome, Vermeer's talent was represented by  his two masterpieces the Little Street and Love letter.