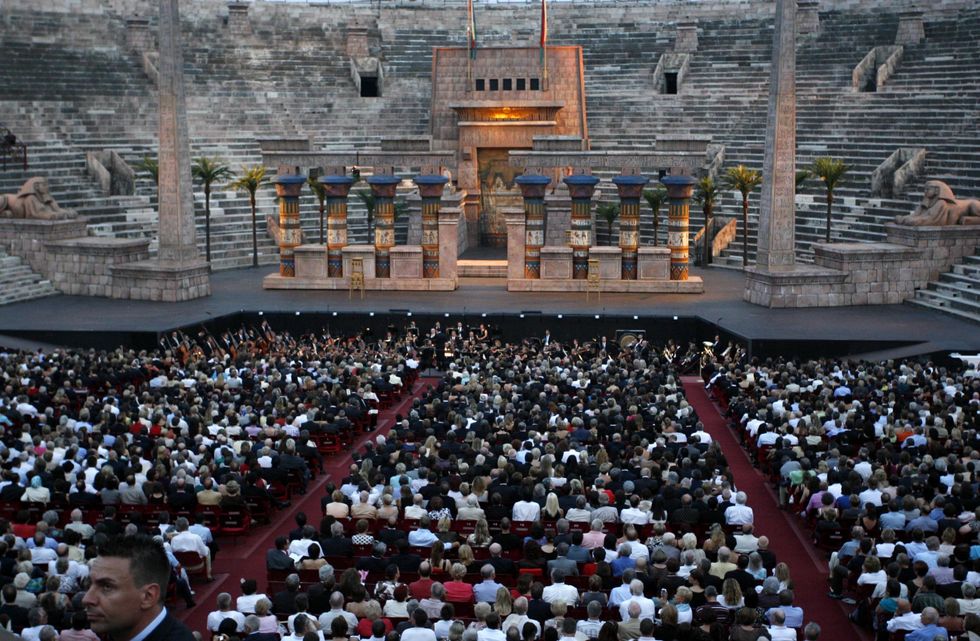 Opera Festival 2012 at the Arena of Verona

The 2012 edition of the Opera Festival at the Arena of Verona will open next  22nd June with Mozart's Don Giovanni.

For nearly a hundred years, one of the most important and spectacular opera events in Italy, the Festival of Opera  at the Arena of Verona, is about to return, starting next  22 nd June.

Don Giovanni, one of the best masterpieces of the Austrian composer, will arrive in Verona directed by Franco Zeffirelli , the conductor will be Daniel Oren. After the prèmiere, the Mozart opera will be performed five more times over June and July, and until the beginning of September the Arena will be the framework for other historic operas.

Aida by Verdi could not be omitted from the program.  This was the first opera to be performed at the advent of the Verona Festival, about one hudreds years ago. It is good to remember that the Verona Opera Festival was created  in 1913, to celebrate Giuseppe Verdi' s birth anniversary. Since 2005 Aida is the opera that has been performed in every Festival edition. This year Aida will be directed by Gianfranco de Bosio, and the conductor will again be Daniel Oren. Aida will be represented sixteen times from 23 June to 2 September.

The composer Giacomo Puccini will be another prominent name of this edition, two of his masterpieces will be represented,  Tosca  and Turandot. Once again,  Franco Zeffirelli will be director.

There will be also several performances of Carmen, by Bizet, over the whole summer.

This is one of the most famous operas in the world, despite it not being a success at its debut due to the subject being considered immoral. The conductor will be Julian Kovatchev, and the director Franco Zeffirelli.

This is an interesting and varied program, to celebrate the 90 th edition of the Opera Festival at the Arena of Verona. It offers spectators a unique experience, which only the fusion of the splendid framework of the amphitheatre, and the performance of some of the most loved and famous operas can give.