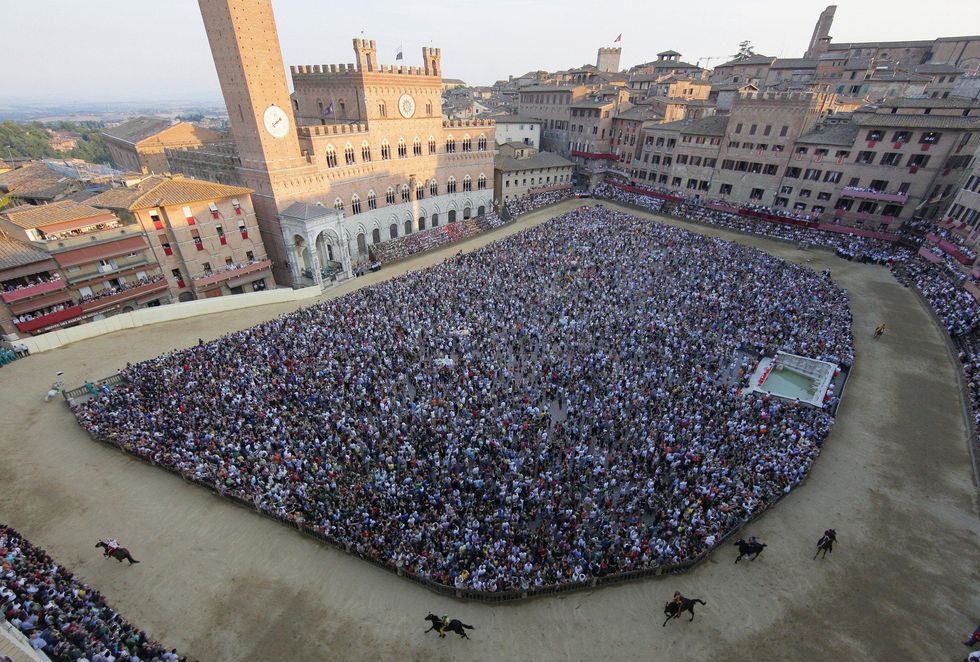 Are you ready for Palio di Siena?

Despite the difficult year the splendid city of Siena has been through, with regard to several contentions concerning the historical bank  Monte Paschi di Siena, and the investigation on the acquisition of the Antonveneta Bank, tourists will be able to appreciate the typical Ghibelline taste of Palio, which will take place, as every year, on the 2nd July and on the 16th August.

Among the 17  "Contrade", which are fiercely competitive ancient districts of Siena, 10 of them  will be wearing their own colours, standards and banners,  to challenge each other to the death in the famous horserace around Piazza del Campo, in celebration of the apparition of  theVergin Mary close to the house of  Provenzano Salvani.  It was in his honour that the first Palio took place on the 16 th August 1956.

The competition has often been the centre of controversy for animal welfare groups, as, over the past forty years, more than fifty horses have died in incidents or have sustained fractures caused by impacts during the race that lasts about two minutes.  Nevertheless, Palio is still one of the most spectacular shows, that represents the Tuscan soul. It is a show not to be missed, for tourists and the curious. It is a tradition Siena can't renounce.

The visit to Siena will keep you busy for several days if you are interested in visiting the Chigi and Piccolomini palaces, the Cathedral with its extraordinary mosaic pavement, the statues of Michelangelo, Donatello and Bernini,  as well as the surrounding countryside.