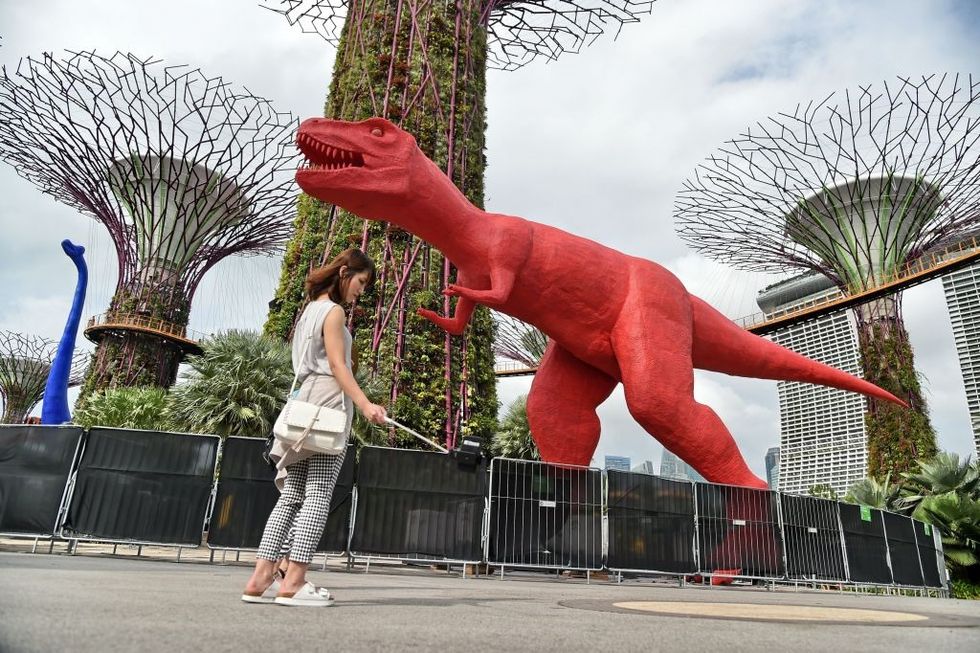 The tracks are located at a height of over 1,900 meters on an almost vertical limestone surface on the side of Mount Cagno in the proximities of L'Aquila

In the Mesozoic era, Italy was populated by a plethora of reptiles, mostly pterosaurs and small, feathered dinosaurs. Maritime reptiles populated the ancient Tethys Sea that covered significant portions of Europe, including Italy's coasts.

There were some bigger ones, and the largest animal living in our territory was a dinosaur that belonged to the theropod group: biped, mainly carnivore beasts which included the Tyrannosaurus. Proofs of its presence were found earlier this year, when a team of researchers from Italy's National Institute for Geophysics and Volcanology found in rural Abruzzo a series of footprints that are between 125 and 113 million years old. The tracks are located at a height of over 1,900 meters on an almost vertical limestone surface on the side of Mount Cagno in the proximities of  L'Aquila, and they have been found using sing drones and techniques inspired by the 1993 movie Jurassic Park.

Previously to this discovery, the largest dinosaurs remainings found in Italy belonged to a Titanosaurus discovered in the Prenestine Hills near Rome about a year ago and to a Hadrosauroid found in 1994 near a fishermen's village in the area of Trieste. Both were immediately given a nickname: the Titanosaurus is now known as "Tito" and the Hadrosauroid as "Antonio".

Tito was long-necked herbivore measuring about six meters in length and weighing some 600 kilos. It could have grown up to 12 meters long and about 13 tonnes in weight, while Antonio, which was also a herbivore, was about 4 meters long and 1.3 meters high and probably lived in an insular habitat. The first Italian dinosaur found by archaeologists was a much smaller one: a little-feathered animal that was discovered in 1981 in Pietraroja, a village about 40 miles northeast of Naples. It was baptised on that occasion Scipionyx Samniticus, but became popular under the nickname of "Ciro". Ciro was a juvenile dinosaur measuring only 24 centimetres.