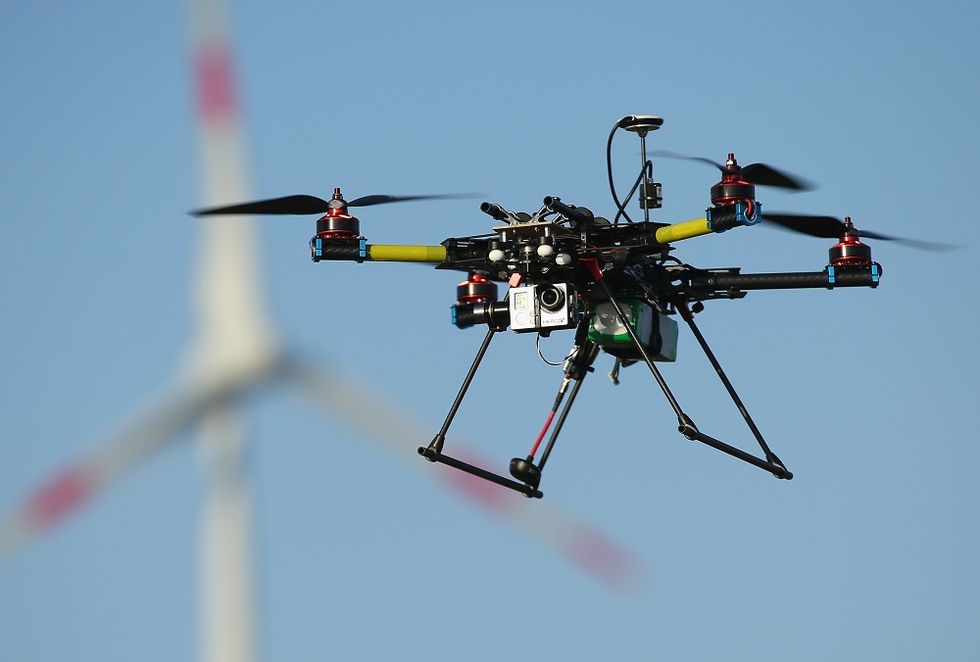 Students and Drones: new ideas to boost an emerging sector

In Italy and elsewhere, drones are now considered a new hobby for people of all ages. This is one of the reasons why the organisers of Dronitaly have decided to launch the first "drone-making contest" involving all national secondary schools. It is called "D challenge", and it is targeted to under-19 drone-lovers.

This unique competition has two purposes: first, showing people, and especially students, that drones are not just a toy or a hobby to cultivate, rather they can have remarkable impacts in everyday economy. Second, to offer new ideas and projects to further explore to drone-experts that will be attending the forthcoming edition of the Italian drone fair, "Dronitaly 2016", which has already been scheduled for September 2016 under the slogan "The Pro&Fun Drone Show".

Students from 14 to 19 years are then invited to create teams of maximum three members that will be coordinated by one of their teachers and submit their proposals before September 15th. Each team is expected to submit a proposal supporting new practical uses for drones, to benefit any economic sector: from agriculture to health, IT or mechanical engineering.

A special jury will be set up to identify the ten best projects, which will be introduced to the public for the first time during Dronitaly 2016. In this occasion, the ten competing teams will be asked to provide a practical demonstration of the feasibility and usefulness of their ideas, after which the three more convincing ideas will be officially awarded.

The last point to highlight is that the third edition of Dronitaly won't be just about introducing drones: while under-19 will be involved in the D challenge, under-14 will also have a dedicated area called "Il Vivaio" where to discuss about their knowledge and ideas. University students, instead, will have the chance to discuss their ideas in another dedicated are called "La fucina", where makers and more professional drone-developers will be admitted as well.