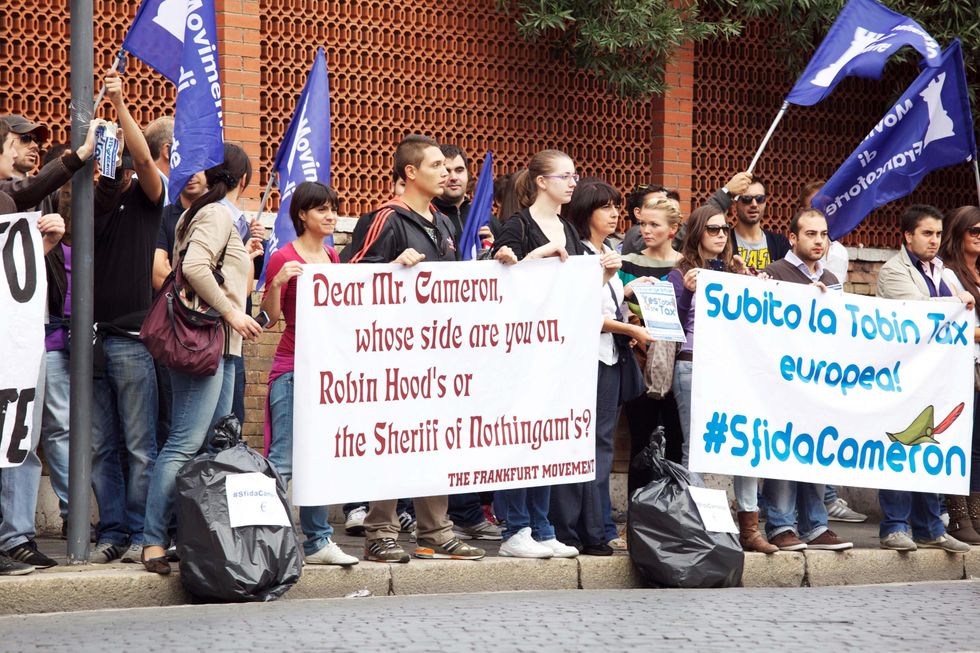 With this new tax, for the fourth time in the last 12 months the tax burden tightens on checking accounts, deposits, stocks and bonds

The exact date is already marked on the calendar: March 1, 2013. That's the day the Tobin tax?"the new tax on stock transactions and (from July 1st) on derivatives?"takes effect. An arbitrary tax that will also be applied in ten other European countries and which is expected to net the Italian government 1 billion euros per year (30-35 overall in leading economies, according to a study published in the Financial Times).

A rather modest revenue for a tax which, according to not a few observers, risks actually causing significant damage. In fact, the Tobin tax is just the most recent blow to Italians' savings which, in the last twelve months, have already been taxed a number of times. For example, in early 2012, the tax on income from shares, investment funds and corporate bonds rose from 12.5 to 20 percent. In addition, a limit was placed on capital losses on stock investments suffered prior to December 31, 2011, which can be deducted in taxes from earnings over the subsequent four years, but only to a ceiling of 62.5 percent of the total.

Then there was the new stamp tax, the mini-wealth tax on stocks and bonds imposed by the Monti government. Another unfair tax that weighs down on the capital invested by savers in virtually all financial instruments.

Now it's the turn of the Tobin tax, a concept developed in the 1970s by Nobel laureate in economics James Tobin as a way to discourage speculation. His proposal was a very different kind of tax designed to impact on currency transactions. This new tax, however, will be applied to Italian stock and derivative transactions and risks causing distortionary effects on the market or even a run on capital. Something the Swedes are very familiar with. They introduced a similar tax in 1984, only to repeal it in 1992 because in those few short years action on the Stockholm stock market plummeted by 85%, shifting to the London exchange. Let's just hope the same thing doesn't happen in Italy.

0.12% on value of stock transaction traded on the market

0.22% on acquisition of stocks on non-regulated markets

0.15% stamp tax, the mini-wealth tax introduced by the Monti government