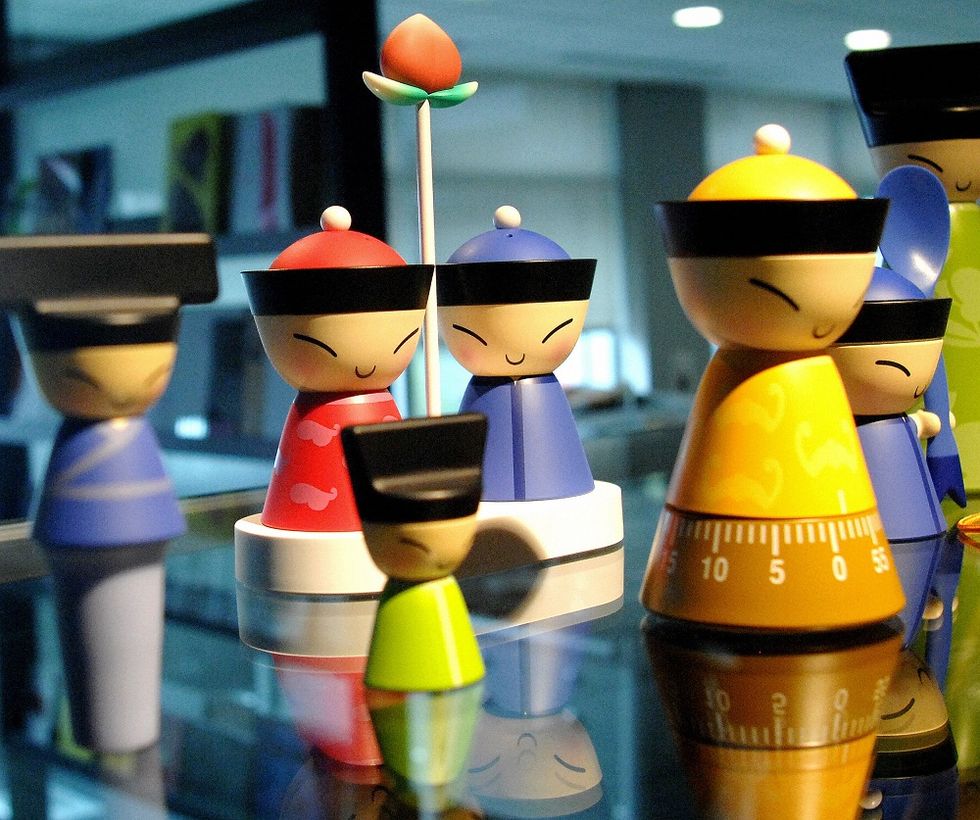 The Alessi Mutants exhibition represents the result of six years of collaboration between the world-renown design brand Alessi, the University of Applied Arts of Vienna and the Royal Melbourne Institute of Technology in Melbourne, Australia.

Alberto Alessi has chosen it to officially represent the company at WantedDesign Manhattan (13-16 May). It will then head to China for Shanghai Design Week in October and will feature at next year's Milan Furniture Fair in April, before reaching Australia in mid-2017.

Alessi Mutants are 47 objects realized by students and graduates from Melbourne, Vienna and other leading design universities. All projects are created via 3D printing and were firstly drafted during a series of workshops held in Vienna each year since 2010.

According to Alessi designer Tom Kovac, "the exhibition has been six years in the making and shows just how inspired Alessi has been by our students' inventive ideas," as "these projects redefine the notion of physical space by warping, pulling and pushing the boundaries of forms, moving into new and unfamiliar territories of design".

Those who cannot attend the exhibition can still admire the student's creations thanks to a responsive web app, launched to reach the broadest audience. Some of the Alessi Mutants may become actual Alessi products, as they were designed to be easily used as new items in the Italian brands' most popular housewares' collections.

The company was founded in 1921 and has collaborated with designers from all over the world; nowadays its best productions are featured in museums like the MOMA in New York, Victoria and Albert Museum in London, and Pompidou Centre in Paris. It goes without saying that the great dream of the participants in Alessi Mutants is to see their projects exhibited in such prestigious venues as well.