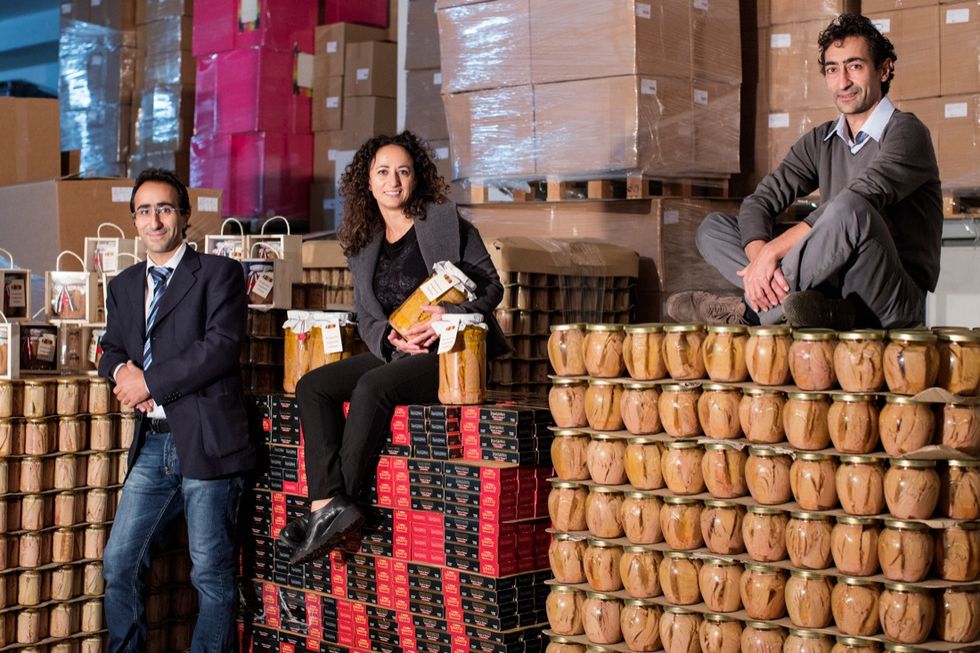 «Since the crisis started in 2008 we have experienced the biggest period of growth in our history. We have grown from 30 to 65 employees and our turnover has nearly tripled». What Salvatore Di Mauro recounts is no miracle. Together with his siblings Vincenzo and Lucia, Salvatore runs Iasa, the family company which has been producing canned anchovies and tuna since 1969 (in the photo, from left Vincenzo Di Mauro, Lucia Di Mauro e Salvatore Di Mauro. What it is, is the fruit of a successful mix of innovation and tradition capable of winning for itself a market niche while maintaining the highest levels of quality. Starting with the raw materials. The company has always focused on locally-produced anchovies and tuna caught in the Mediterranean, Ionian and Aegean seas, processed using only olive oil and salt and packed by hand. «We are one of the few companies that has kept all phases of processing in Italy», explains Salvatore Di Mauro. «The impact of labor costs is high, but the product is exceptional and the end consumer recognizes and appreciates this. And this makes it possible for us to sell it at a price that is decidedly higher than that of our competitors».

Despite the decidedly higher price, until now, the quality of IASA tuna has provided its best publicity. “For the first time, we are now advertising. Until now, we have relied on word of mouth and the loyalty of customers who tried our tuna.” But this didn’t mean the Di Mauro family rested on its laurels. Just the opposite. Innovation has always been in the family DNA. “We were the first, in 1985, to come up with packing in glass jars to enhance our product which was and still is completely processed by hand. Now we are the first to introduce a line in which the tuna is grilled and not steam cooked, including as a tuna burger to cater to the tastes of young consumers. On the other hand, we are a young company in which the average age is 37,” says Salvatore. And they have their mission clearly in mind: to significantly increase their output, but without compromising product value and quality.