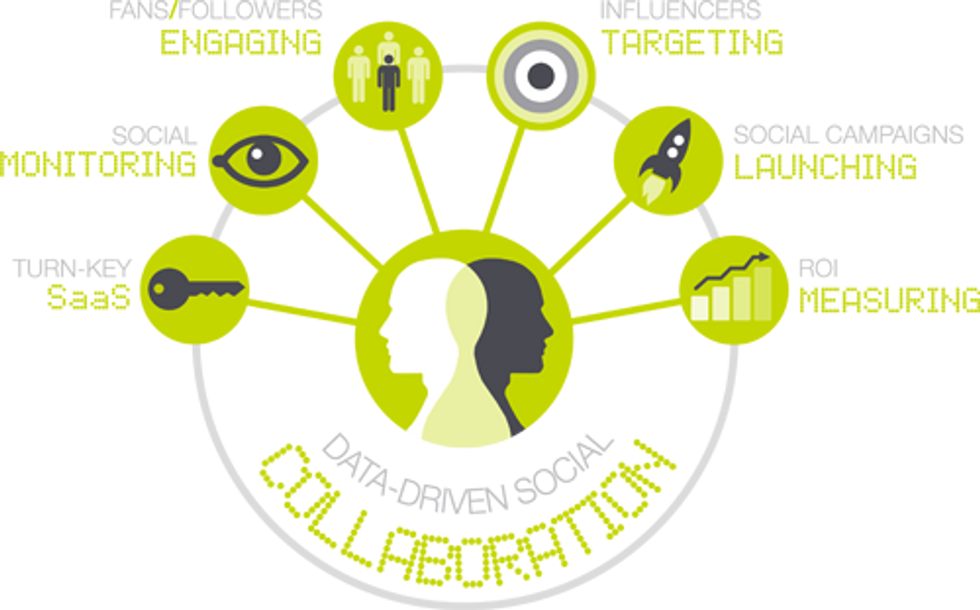 Decisyon's applications integrate and analyze sources enabling businesses to know their customers, engage with them and make informed decisions

Cosimo Palmisano - entrepreneur and former Fullbright Best scholarship recipient -  has obtained  a 15 million dollar financing by an American venture capital for his start up Ecce Costumer (which is part of Decisyon, a larger Italian-American start up), the biggest financing ever allocated for an Italian start up.

Ecce Costumer is a customer relationship management platform, monitoring the social network activity by potential clients of each company, making it possible for businesses to control the traffic on their own fan pages.

Network traffic monitoring also enables companies to manage conversations, get to know their costumers and  influencers and integrate them into a system that allowes a brand or an enterprise to make decisions based on data provided by the Twitter, Facebook and other social networks.

After earning a costumer relationship PhD, Palmisano, who is now in his late thirties, started to work at Fiat, where he learnt the relevance of data mining.

"While working at Fiat I felt the necessity of tools that did not exist, yet they could be developed. That is why I wrote a business plan and submitted my scholarship application to Fullbright Best. Everything went smoothly, except that, once I arrived in California with my project, I realized  that there were already other several competitors."

Instead of losing hopes, Palmisano realized that, more than money, what he needed was time, as "by studying competitors I realized that the market was moving too fast, and a door-to-door search for funds would have been pointless. I met an Italian entrepreneur in the US, Franco Petrucci, who was working on a complementary segment. He became my seed investor and he is still my partner in the company."

On the strength of his experience in the Sylicon Valley, Petrucci realized that for Palmisano time to market was essential, so he provided the commercial network, structures and resources.

Five months later Ecce Costumer was a platform and a software ready to be sold to enterprises. Currently, it is a reality boasting forty multinationals among its clients; Alpitour and Telecom are just two of these.

The two headquarters are in California and in Latina. " In the Latina office there are 80 people doing most of the work, research and development," Palmisano explains, "the management  stays in America, as there is no venture capital or fund investing in a  company if the management is not easily approachable. Staying in the States, the place where financing is often provided, is essential."