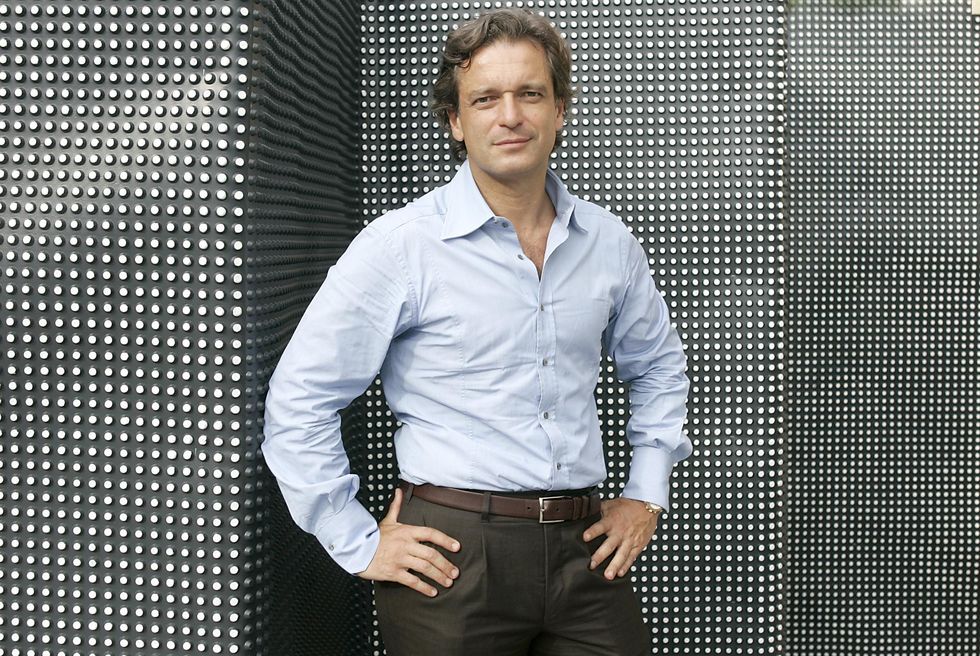 In Italy there is a dictatorship of the bureaucracy, Gian Luca Rana says

To build a pasta factory in Chicago took 11 months; to build the same plant in Verona 7 years. Gian Luca Rana, amazed, tells how too much paper, too many signatures and authorizations are crippling businesses

He seems unable to believe it even now. Gian Luca Rana tells us: «I had calculated that to go into production in Chicago, 3 years would be enough. I was wrong. From the time we purchased the land to the startup of the first production lines took just 11 months».

Maybe Mario Monti and the Minister for Development, Corrado Passera, and with them all the Italian politicians who are now trying to simplify our bureaucracy could learn something from the American story of the Rana pasta factory in San Giovanni Lupatoto (Verona).

The last step in the international expansion of the company involuntarily turns into the most effective lesson for Italy when it comes to the thousand silly rules that strangle businesses.

By the merest coincidence, at the beginning of last September, just when the engines started to hum in the new factory in Chicago, a small colossus that when it reaches full capacity will produce 25,000 tons a year of fresh pasta and sauces, the new Verona plant that doubles the production of the parent company (50,000 tons) also went into operation.

«The trouble is» says Rana «that here, from the purchase of the land to the first tortellino produced, required 7 years. What caused the last delay was a really ridiculous hitch: the officer did not have an official car to make the last inspection. So we lost a month. I said: look, we'll send someone for you, or we can send you a taxi, and anyway there is public transportation... He answered, sorry, it's not allowed».

Gian Luca Rana is disconsolate. «I believe in Italy» he continues to repeat, over and over. «Never mind America. Here we have creativity, flexibility, we know how to solve our problems. We just have to release the energy».

But inevitably he thinks of Pat Quinn, the governor of the state of Illinois, who wanted to meet him in 2011 to congratulate him: «He had just heard that we wanted to build our factory in the industrial park of Bartlett, a few kilometers west of Chicago.

For him this meant investments, more than 200 new jobs, a boost for the economy... In short, he was enthusiastic. He said: "What can I do for you?". To my reply, half embarrassed and half surprised, he answered by assigning one of his secretaries to me, with an e-mail address, to solve any problem I might have».

Problems with authorizations? Are you kidding? Five signatures (count them!) and that was it: permits, authorizations, everything. «And that's not all» says Rana. «A few days later and they informed me that the board of the public body that has to give the final approval to my project would meet shortly thereafter.

Then I started to worry because I actually didn't have a detailed plan of the factory then. Desperate, I asked what to do, and they answered, no problem, all we need are the spaces, general ideas, approximate outlines».

The result is disarming. For the go-ahead in Chicago, all I needed were 15 days. In Italy? «Here every minimum project has to be reproduced in 10 copies, a signature for every copy. Then come the permits, rubber stamps... None of the government offices talks to any of the others; there were duplications of deeds, incredible wastes of time.

The bureaucracy moves ahead step by step with the purchase of the land, the architectural design, the works. Seven years exactly».

Certainly, in Chicago, construction of the plant went on 24 hours a day, by night with field operating lights. It had to be done in a hurry because the winter climate makes things difficult: with 30 degrees below zero it's impossible to pour concrete.

So the whole thing cost a bit more. But it was worth it: now from Illinois Rana has set out to conquer America, a potential market worth 2 billion dollars. The expected turnover in 2013 will be 100 million dollars, but it could grow to 250 already in 2014: not bad, considering that at the end of this year the total turnover of the company will reach 400 million euros.

The site of the new plant, in America's industrial heartland, is strategic for the quality of the local suppliers, shippers, logistics. And for future expansion: «They are already calling us from Canada and Japan» reveals Rana «but also from Australia and even Taiwan».

Any bureaucratic hassles after the plant started up? No way. «In Chicago the police and fire department came often to visit our worksite» recalls the entrepreneur. «But they only asked us if we needed any help, and gave us advice about the best security systems».

When Rana decided to install a filtration system of air conditioning and a security system that give more guarantees with respect to the American standards, the local experts were amazed. «They asked us: why spend 3 million dollars more? But our philosophy is always toward taking the most appropriately prudent approach, in Verona and everywhere».

What about technical problems? None whatsoever. «At one point we realized our calculations were wrong and there was enough room for only one silo and one boiler. Worried, we called the usual government office and reported: look, we're going to need to expand our area more than we expected». A problem like that would have halted everything for months inItaly. Not in Illinois: «They told me over the phone: "No problem, we'll certainly give our approval. You just need to give us 48 hours for the paperwork"».

Rana is still incredulous. Then he looks out the window, where he can see the huge block of steel that now, at last, with 100 more employees, is where half the European production is made.

He has invested 7 years of his life and 65 million euros. «Mayors come and go» he sighs «but the bureaucrats stay on. They are government employees, hyperguaranteed. They live their time in a manner that is entirely out of step with both politics and business, waiting for retirement. For them, doing a good job or not doing anything at all is exactly the same thing. They gaze at me in surprise when I tell them: but look, I'll be able to give jobs to 100 more people with this plant. They reply: "What's it to me?"».

Now Rana has almost 1,200 employees, up from 583 in 2005. «Seven years ago» he says, suddenly serious «we could have decided to build this new factory in Poland. I don't want to leave Italy no matter what. This is where we grew up and it has given us a lot. But it breaks my heart to see so much potential wasted, so much ambition humiliated».

He smiles, but with a bitter edge, when he tells us. «In America, a taxi driver who emigrated fromEthiopiat old me he'd managed to build a small transportation business in just a few years, and now has three cars and a small bus. He confessed that at first he thought of coming to Italy.

Then he changed his mind and explained why. He said: "In your country, to be successful, you have to be crafty. Here in the States you just have to work hard"».