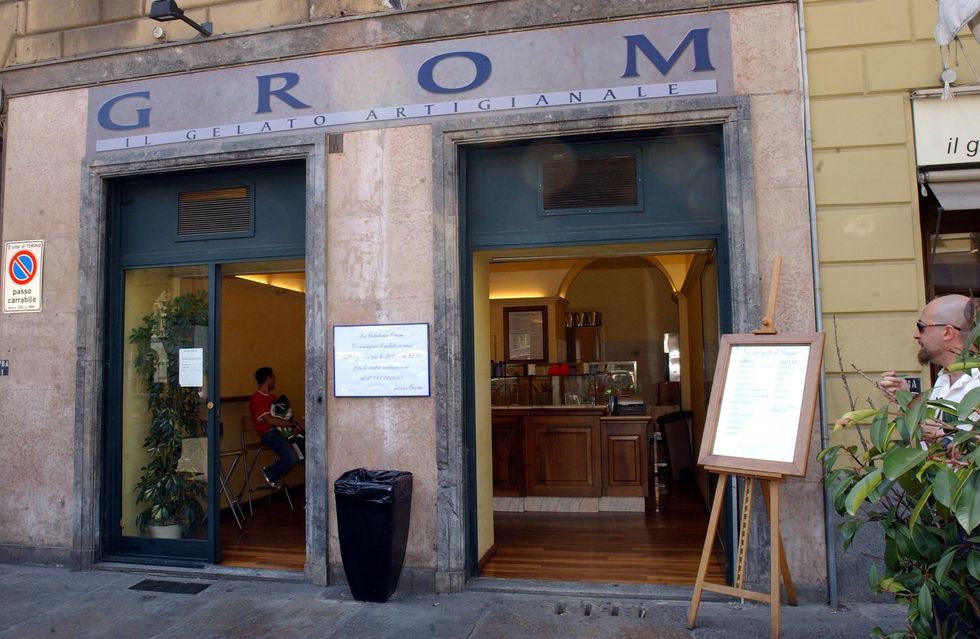 Considering the season, it's nice to encounter good news at the ice cream parlor. Even nicer if it comes from a labor union.

"Our negotiations have had a positive outcome leading to the signing of the first special labor contract for a chain of ice cream parlors, with a virtuous company, attentive both to the products it sells and to the welfare of its personnel" announces the website of Filcams-Cgil, the Italian Federation of Workers in the Commerce, Tourism and Services Sector, headed by national secretary Lucia Anile.

Now the first special labor agreement for the ice cream sector might not be noticed in the huge union catalogue, if it were not for the fact that the virtuous company is called Grom. And that, as the union leader herself adds, "at a time like this it is an unquestionable sign of growth. Right now we are finding ourselves more in the position of having to manage crisis situations that discussing development."

Instead of cutbacks and sacrifices, the company created by the Turin-based tandem of Guido Martinetti and Federico Grom continues to think in terms of growth.

The 60,000 euros initial investment, exactly ten years ago, has become 50 million (the cautious Riccardo Illy paid 2.5 million for 5% of the company), with 57 stores of which 10 are located abroad.

Over 500 young people (80% of the employees are under 35) are currently employed by the company, over half on a permanent basis. That is unusual for this sector, stresses Anile. "We want our people to be happy," explains Martinetti with conviction.

Result: the new contract calls for flexibility but is managed through a time bank: the work week remains 40 hours but the time can be distributed as needed by each of the stores, by agreement with the employee. When it comes to training: there will be a booklet for all and a program to learn and grow.

Finally, the economic aspect: the employees will participate in the results of the company both at the general level and at that of the individual store. "Taking account of the value of the labor is an important new attainment, especially for a company with a strongly seasonal business," admits the union leader.

But the "Grom boys" (now almost forty years old) are thinking big and looking far. Especially abroad, now, where they hope to expand in 2013, with priority in Asia and the Middle East.

In the meantime, from September they will start making their own cookies, and expect to make their own cones too.

They explain their success very well in their manifesto entitled Grom, Storia di un'amicizia, qualche gelato e molti fiori, (Story of a friendship, some ice cream and a lot of flowers) the first book to be sold in an ice cream parlor.

In reading it, we find many ingredients that would be useful for the whole country to give it a fresh start: passion, ideas, vision, enthusiasm, sense of social responsibility. And a pinch of innocent folly: wanting to make the best ice cream in the world. «The innocents did not know that their dream was impossible. That's why they went ahead and did it,» said Bertrand Russell.

And Grom and Marchetti mention it in their book. With sincere satisfaction.