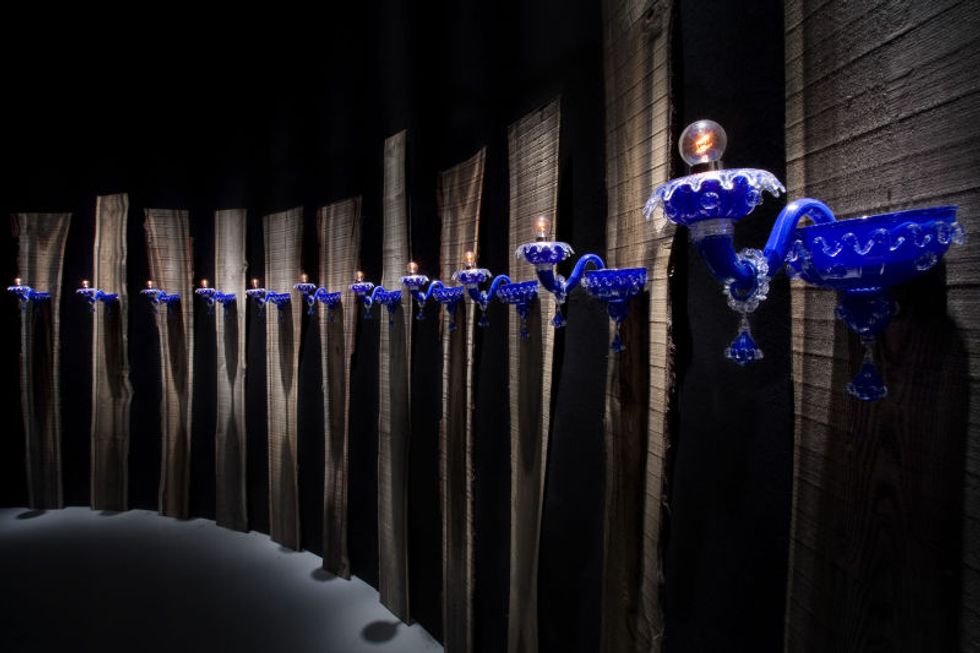 The storm is not over yet.

Unfortunately, the tragic events in Japan and North Africa, two of the markets where our exports were showing the most marked growth, could put the brakes on the recovery. However, on the eve of the Furniture Fair in Milan, which opens for its fifty-second edition on April 13, the sun is shining once again on the Italian wood and furnishings sector.

This is not merely a prediction made by the operators in the sector, or suggested by the record number of exhibitors (over 2,700) at this year's edition: it is supported by the numbers published in a report by the Symbola Foundation, which Panorama Economy previews here.

The foundation, headed by Ermete Realacci, was created to promote quality and sustainability in the national industry, and devotes its newsletter «Segni vitali» (Signs of Life) to a specific sector of "Made in Italy" products. On the occasion of the most important event of the year for producers and buyers, it chose to focus this time on the furniture sector. The reason goes beyond the important numbers this sector moves (25.4 billion in revenues, 23,000 companies, 190,000 employees) and is above all because, as Realacci in person explains to Panorama Economy «despite the years of crisis, this sector is still one of the areas with the largest positive balance among our exports».

Indeed, if we observe the data processed by Cosmit, the body that organizes the Fair, and by the Edison Foundation, it is clear that in 2010 the excellent performance of the four main export sectors in Italy (food products, automation, apparel and furnishings) was particularly significant in this last sector, with sales abroad, in 2010, of 5 billion euro: it was the highest figure in the world, in this sector, i.e. about 6% of the active balance, and what is more, it was accompanied by strong growth in such key markets as China and the United States. «This, of course, is not sufficient cause for excessive exultance» observes Carlo Guglielmi, president of Cosmit, and also of FontanaArte and Indicam, the Centromarca Institute for the battle against imitation. «The tremendous slump in 2008/2009, which concerned the domestic market as well as the export market, makes any recovery, even if strong and almost generalized, appear slight. And there are still plenty of problems to iron out: from the spread of imitations and "Italian sounding" brands to the lack of concrete incentives; not to mention the logistics problems that, in a sector like ours, can have a decisive weight». The companies in the sector can't do it all without some help although, concludes Guglielmi «they have played their part very well in the last two difficult years, continuing to invest in research and development. It is no coincidence that every exhibitor at the Furniture Fair in Milan will present an average of 5 to 10 new products».

The desire to innovate and show that they are still competitive, in short, has not wavered. «A great many companies in the sector, though they are experiencing difficulties, have found the courage to react, by moving toward products with a higher added value» comments Realacci. «And it is significant that among the leaders of this little revolution are the horizontal chains and districts, repeatedly pronounced comatose but quite able to act as engines of transformation».

Three in particular, according to the Symbola study, are the elements on which furnishings made in Italy have decided to focus all their energy to recover the lost ground. The first concerns environmental certification: starting in 2007 several companies in the main furniture production districts (the Friulian chair triangle, Brianza and the «white» -unbranded or commission manufacturing - districts of the Veneto and Marche regions) have asked the European Union to include them in the Emas protocol that identifies ecocompatible production systems. «Our hope is that certification, combined with the high standard of Italian products, can give our furniture that added value we need to recover our past splendor» continues Realacci. «By now everyone knows that China and India produce only cheap imitations: but on the level of reliability, the gap is entirely still in our favor. That's why we have to valorize it, also on the label».

With regard to labeling, the other key strategy that appeals to many producers in search of new clientele is that of affordable design: «Offering products with the best quality/price ratio is important» says Realacci «especially at a time like this when the only markets we have left are young couples, replacements and emerging countries. They are growing, to be sure, but they still haven't got anything like the spending capability of the U.S. or German markets.

The third element is so-called contractoring: even this sector, that in the past was the joy of Italian furniture producers, has shrunk considerably, due to the explosion of the Middle East bubble and the slowdown of the construction sector. However the operators are looking confidently in this direction: «Here too the activity of the districts has been fundamental; with the signature of a number of frame agreements for international supplies» concludes Realacci. «For a sector in which 95% of the producers are small and medium enterprises (SME), this is a fundamental step. Capable, among other things, of giving new impetus to a number of other sectors that are visibly recovering in the "Made in Italy" sector, like ceramics, taps and fittings, and tableware».