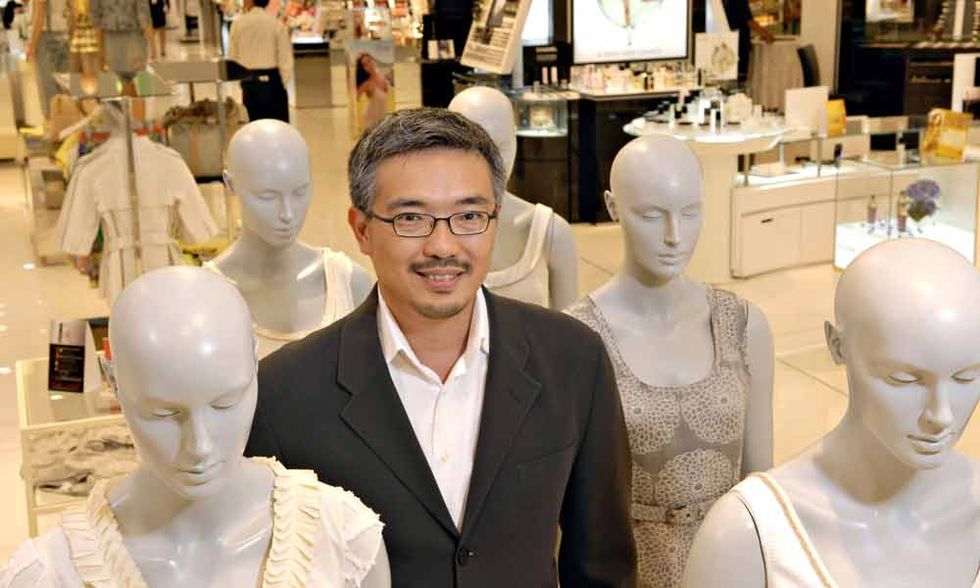 Chirathivat, the charge of the 200 Thailandese

The Asian Chirathivat family, that has acquired La Rinascente, numbers more than 200. But only 13 will be running it, and their principles are based on thrift, even when they focus on luxury

«In retail it is essential to be thrifty. Everything translates into costs. Our family does not relish the superfluous. My mother taught me not to waste, and to use things at long as possible». The speaker is Busaba Chirathivat, the queen of retail made in Thailand, president of the national trade association and head of corporate communications for the CRC (Central Retail Corporation), number one in retail trade in Thailand and new owner of La Rinascente in Italy.

That may be. But the projects that CRC is developing these days are anything but economical. In Bangkok they are building a futuristic complex of 37 floors designed to become the new icon of the metropolitan skyline. Already christened the Central Embassy, because the land on which it will stand was purchased from the British Embassy five years ago, it will house the most luxurious department store in Asia, with a spa, ultra premium cinema, restaurants, a bookstore «with an innovative concept», plus a Park Hyatt Hotel with 222 suites. Total cost of the investment: 227 million euro, and inauguration at the end of 2013. But Thailand is already becoming too small for CRC. In China, it opened one department store already last year and is now about to open two more. On the western front, it has big plans for La Rinascente: «We want to make it a global luxury brand recognized throughout Asia in three or, at the most, five years» says Tos Chirathivat, managing director of CRC. «We will inaugurate at least one new store a year for five years» he promises, specifying that the 205 million euro paid for the Italian chain from his group are «a moderate investment that will reach the breakeven point within eight years». With its 11 stores and turnover of 350 million, La Rinascente will contribute to the 15% revenues that CRC forecasts for this year: 2.3 billion euro, to reach 5.2 in 2012.

CRC is the wealthiest arm of the Central Group of Companies, which has 66,000 employees and, not counting La Rinascente, expects to earn over 3 billion euro this year, 12% more than in 2010. In its homeland, it owns 16 luxury department stores and 22 in the medium-price range. Plus 16 mega shopping malls, 161 supermarkets and minimarkets, chains of large stores specialized in sporting goods, electronics, books and records, do-it-yourself furniture, office supplies and construction materials. Total: 447 stores that become almost 800 with the Watson cosmetics chain, opened as a joint venture with Hutchison of Hong Kong, and the BigC hypermarkets, of which CRC is the second shareholder after the French Casino group. The Central group also has 518 fast food sites (with 10 brand names ranging from Mister Donut to Kentucky Fried Chicken), the first hotel chain in Thailand (45 hotels, 14 of which it owns), various skyscrapers for offices and residential complexes and an important shareholding in the Bangkok Post.

The possessors of this great fortune are the Chirathivats, the fourth richest family in Thailand, according to Forbes, which assigns it an equity of 2.9 billion dollars. The head of the family is Vanchai Chirathivat, second of 26 children, fathered with three wives by the dynastic leader Tiang, who arrived in the country in 1927 from China as a poor immigrant, and opened a store in Bangkok's Chinatown. His first-born son Samrit, who died in 1992, built the largest Thailandese retail group. Vanchai took his place then, and still today, at the age of 83, he decides the fate of the empire and of a horde of almost 200 relatives, half of whom work in the family enterprises, but among whom are also a few unbridled pop stars like Pachara Chirathivat, nicknamed Peach, and his sister Pear.

A board of 13 members run the business, all Chirathivats except the German Gerd Stebb, former general manager of Accor, now CEO of Centara, the hotel chain of the Central Group. Vanchai is the chairman. Executive president is his brother Sudhitham, 63. A quadrumvirate of brothers, all over sixty, supervises strategic choices and approves the investments proposed by the CEOs of the different operating subholdings. They all belong to the third generation of 40 and 50-year-olds, graduates of the finest American universities, and they took their positions of leadership in 2002, when Thailand emerged from the great crisis of the Asian Tigers: since then they have more than tripled the revenues of the family enterprises, quoting three on the stock exchange, but maintaining firm control. «My style of leadership is very different from that of my father, Samrit, who led his companies like a one-man-band» Tos Chirathivat, 47, who guided the Rinascente transaction, said at the time. Now, Tos claims he is unworried either by the Italian economic situation or by the uncertainty of Thailandese politics. After the 7.8% increase of 2010, the GDP of Thailand should increase by 5 points this year. The launch in 2015 of Asean, the Asian common market, will make the prospects even rosier.