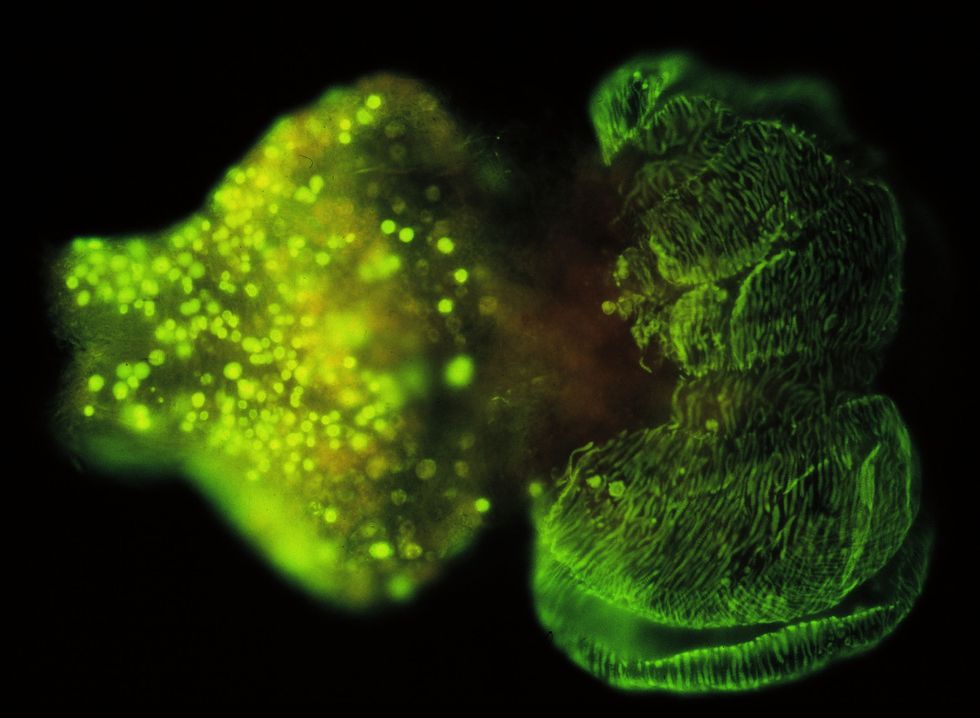 The jellyfish that never dies

Every now and then the myth of immortality reappears in human history. Like a protean creature, it appears, changes, disappears and appears again.

Once a fountain in Bimini Island, in Central America, promised eternal youth; at other times the myth emerged from alchemy, which attributed to the "lapis philosophorum" the ability to heal all forms of illness. Then, it was the literature, from Faust to Dorian Gray, which proposed the search for the eternal youth.

Today the myth comes back to life again thanks to the novelist Nathaniel Rich, who has recently written in The New York Times that Italian scientists of Salento University have in fact "discovered eternal life". Indeed, in 1988 Ferdinando Boero and his colleagues Stefano Piraino and Giorgio Bavestrello had found out that a species of jellyfish, Turritopsis dohrnii, goes through a life cycle that proceeds from the adult jellyfish to the planula larva and to the polyp.

The astonishing feature of this life cycle is that, in principle, it can go on forever. In general, any jellyfish has a limited life span, with a growth phase leading to sexual maturity and birth of larvae followed by cell disintegration and death of the organism. But Turritopsis dohrnii gets old as its cells rejuvenate: fully differentiated cells return to a condition of undifferentiated cells. Turritopsis dohrnii ages in reverse.

Although The New York Times asks whether Turritopsis dohrnii can unlock the secret of immortality, it seems more sensible to ask how certain genes of this jellyfish, which had been turned off during the differentiation process, are switched on again: which mechanism regulates at the molecular level the life cycle reversal? As Piraino explains, the discovery of this mechanism can cast light on the study of neurodegenerative diseases and cancer:« In some of these diseases certain genes are switched off. For example, in Parkinson the brain cells stop producing an important neurotransmitter. Vice versa in cancer some genetic switchers are turned on again leading to an unregulated cell growth. If we will know more about how cells are "re-programmed" in the life cycle of Turritopsis dohrnii we will be able to fight these diseases».

Over the last 25 years, Piraino's and Boero's research has not received sufficient funding to make good progress about these issues. This fact is at odds with the scientific importance of their work on the life cycle of Turritopsis dohrnii. More in general, the international research on biodiversity is under-funded whereas great resources are devoted to the study of life on other planets. Yet, what the discovery of the University of Salento seems to suggest is that six out of eight millions of species on our planet, still unknown, can conceal many surprises.