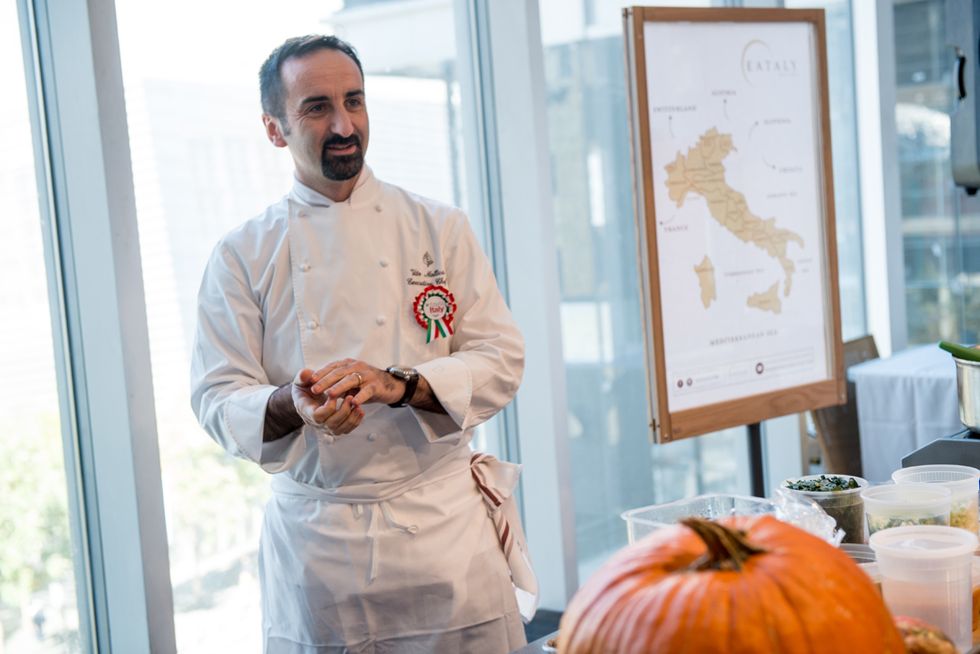 The culinary art of Vito Mollica inaugurates "This is Italy"

The scenario couldn't have been better: a breathtaking glass window on the skyscrapers of New York City on a windy and crystal clear day with a big sun as it looks like the Italian one. And a lot of Italy in the city of business and international finance has arrived in these hours to celebrate all the best of our country in three days of events dedicated to food, wine, but also fashion, design, art and culture.

Panorama d' Italia makes its debut abroad with "This is Italy" and does so on the palate, dismantling the dogma "pizza e spaghetti" and showing the great Italian gastronomic tradition at the Eataly Downtown headquarters. In a three days of celebration and celebrations in Italy we couldn't but start from one of our excellences, food - the director of Panorama Giorgio Mulè begins, inaugurating the stage - and to do so we have the honour of presenting a great star chef, Vito Mollica ".

Arrival from Basilicata - he immediately wants to point out the chef of the Palagio, restaurant of the Four Season in Florence - Do you know my land? Someone shyly raises his hand and he, almost surprised, responds with a big smile while his hands move fast, ready to kick off "The Spelt Soup".

I work in Tuscany - he says - and what I will do is a soup typical of that territory even if spelt is a food that in Italy is characteristic of other lands such as the Marche or Umbria. The most important thing in the preparation of any dish is the quality of the products. For Vito Mollica, in fact, the better the ingredients are cooked with simplicity "the better you will let their taste be released".

And then we see the ingredients of the spelt soup: pumpkin cream, artichoke cream, but also artichokes in small pieces, black cabbage, broccoli and cauliflowers, carrots, celery, onion, pecorino cheese, Parmesan cheese, butter, oil and, of course, the spelt that will be cooked for 40 minutes in plenty of salted water.

The preparation starts from the ceiling of carrot, celery and onion, then is the vault of cabbage and broccoli cut thinly, a little water and salt, it is allowed to simmer ("in the kitchen do not have to be in a hurry"), then pour the pumpkin cream and that of artichokes, then move on to artichokes in pieces, mushrooms ("the chiodini, in The soup is then whipped ("as in the case of risottos"), adding butter, oil and finally parmesan cheese and pecorino cheese.

Is it ready, do you want to taste it? The perfume cannot be refused, the perfume flooding the whole room. And the American public diligently queues up after paying homage to the Italian chef with a big applause:"good, very good".