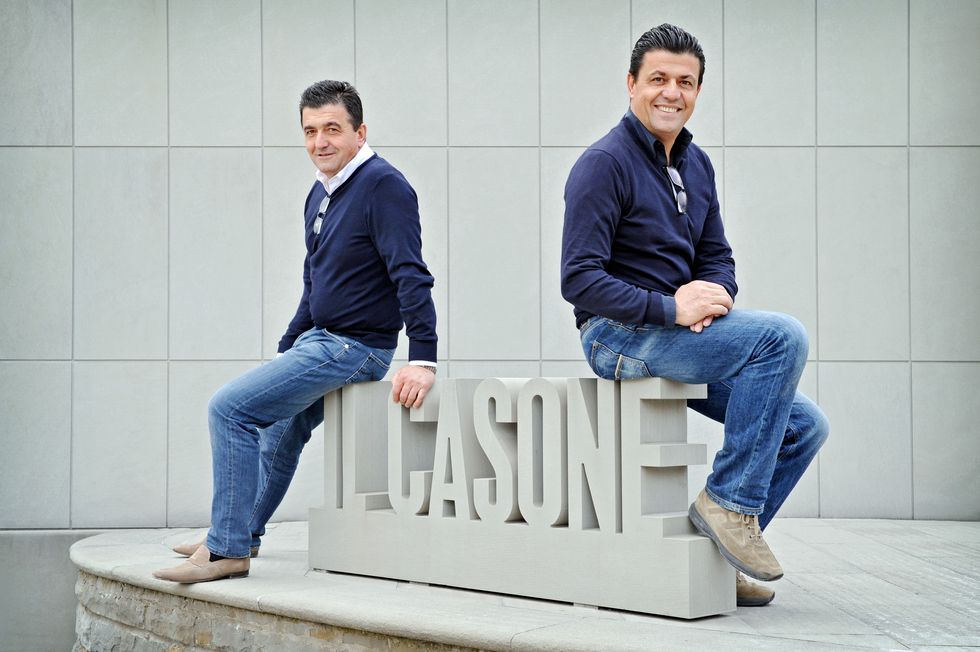 It started out as a small craft workshop cutting “pietra serena”, the bluish gray stone that is so widely used in Florence, and now Il Casone is the supplier of the floors for the Apple Stores

Working pietra serena takes devotion, artistic sense and passion. Il Casone, in Firenzuola (Florence) has these characteristics - one might even say - etched in stone, and now it is one of the great examples of Italian production in the sector. Indeed, its owner, Alberto Bartolomei, won the Steve Jobs Prize for 2011: the company has been making flooring in "pietra serena" for all the Apple Stores in the world for 10 years.

It is a mission that seemed impossible in the mid-Seventies, when the family took over the company from four master stonecutters. «From the very beginning» explains Bartolomei «the motivation that prompted us to buy and then to expand the business was our passion for the material. We thought that, if the Florentines loved it, the rest of the world could fall in love with it too, and we decided to promote it».

II Casone is now specialized in extracting and working this unique product from its own quarries: Brunelleschi described it as «a stone the color of the sky» on account of its gray-blue tint, and fine, compact grain. For the Bartolomei family, "made in Italy" means combining history and innovation, being able to look at the magnificent works of the past and reinterpret the material in a modern key. It is a combination that has produced collaborations with designers and architects like Kengo Kuma, Renzo Piano, Carlos Ferrater and John Pawson.

The group ended 2011 with sales for 20 million euro (+10% with respect to 2010) and its exports exceed 50%, with an increase of 15% compared with the previous year. «Our European market» continues Bartolomei «consists mainly of Germany, Great Britain and France, and outside the EU we do business in the United States, Central America, Japan and Korea. We have also had projects in Australia and New Zealand».

Among the new designs are effects worked into the surface of the stone resembling the fabric textures, with evocative names like Cotton, Hemp, Brocade, Silk, Damask, Knobbly. But the most intriguing experience is that of the Apple Stores. «We are very proud of that» concludes Bartolomei. «It was an important growth opportunity for us, but our business consists of many different projects».