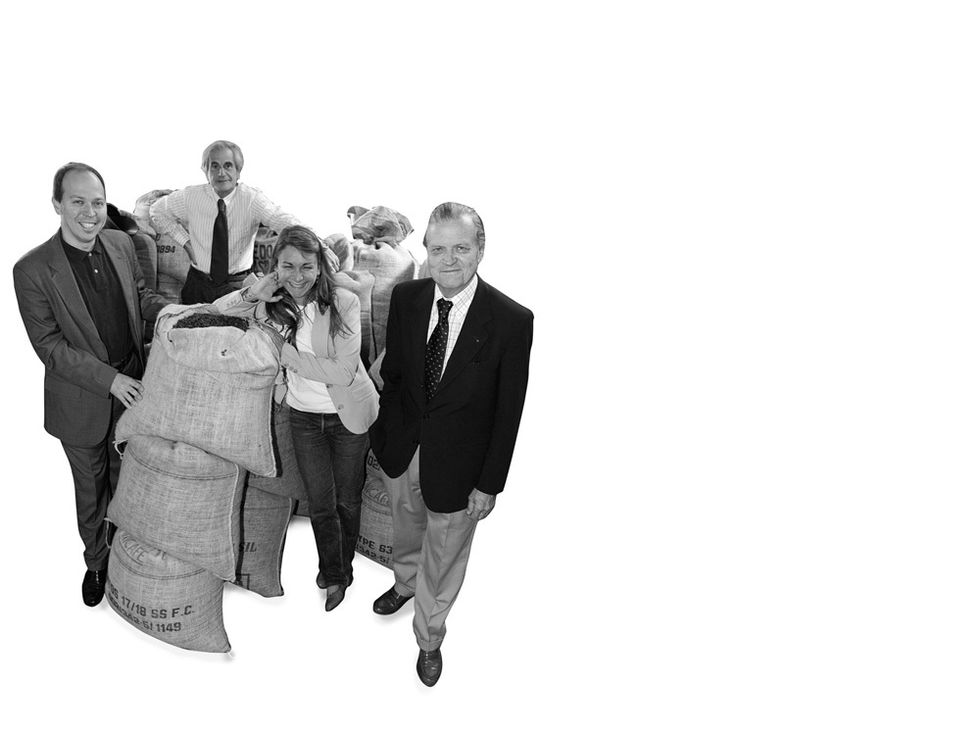 The local brands are high quality coffee. That’s why they are so well placed on international markets

The Campania Region's two coffee brands, Toraldo and Passalacqua, are just two of the many high quality regional brands that crowd the Italian market, a highly fragmented sector, especially in the south, even though many of these companies boast excellent sales abroad.

For several weeks, Caffè Motta, from Salerno, has flooded TV channels with its advertising campaign consisting of clever commercials based on nostalgia with slogans like «Folks like us who used to feed tokens to the telephone» and «Folks like us who used to watch our snapshots develop before our eyes with the Polaroid». In Sicily, the most famous is Caffè Moak, from Modica, a town in Ragusa province founded in 1967.

It targets a young, trendy market with ultramodern packaging created by the Dutch designer Bob Noorda, hired for the restyling in 2008. The company reports 1.5 million kilos of finished product a year, with sales in excess of 10 million euros.

Distributed throughout southern Italy, it is exported to 43 countries, including Germany, Benelux, Great Britain, Russia and Croatia. At the other end of the Italian peninsula, in the Lombardy Region, is Caffè MoKalba of Ornago (Monza and Brianza). The company was founded in 1961 and is headed by Giovanna Stucchi; its medium-small dimensions enable it to stay flexible and focus on quality.

Importing from Central America, Asia and Africa, it produces 100 tons a year of finished coffee, with sales of 1.7 million in 2010, which should be repeated in 2011. It is mainly active in the bar segment, and launched a line of capsules last year.

One of the most successful companies in the coffee sector in northern Italy is Caffè Costadoro of Turin, founded in 1890 and active in the bar channel as well as in the home and office channels, with a mocha and espresso line in pods, capsules and its own coffee machines. Over 150 million cups served every year and a strong foreign market, with 35% of Costadoro's roasted coffee going to 30 countries every year.

The Emilia Romagna Region has Moka Rica from Forlì: founded in 1950 as a small individual company, it later grew into a joint stock corporation. 98% of its sales go to the bar channel, where it sells 3,000 tons of finished product with an annual turnover of about 3 million euros.

Very popular in the Marche and Abruzzi Regions, Moka Rica is exported to Croatia, Germany and Greece, and even as far away as Japan. In Tuscany, there is Florence's Caffè Mokaflor, founded in 1950 by Vasco Bernini and now headed by his son Andrea. With twelve employees, it ships to several regions, but half its sales are made abroad, especially in Germany and Russia. Retail is on another level with the cru varieties and flavored coffee products of the Chiaroscuro home line, with 300 tons a year of finished products, and a turnover of 3.5 million euros in 2010.

Lastly, one of the oldest and most interesting companies in the Lazio Region is Rome-based Caffè Morganti, founded in 1890, headed by the grandsons and great-grandsons of the founder, Romeo Morganti, for whom the blend that celebrates the 120th anniversary of the brand was named: they roast about 7.5 tons of coffee a week, with sales of 3 million euros a year.

Their coffee is served in Umbria, Abruzzo and Molise, as well as in Eastern Europe, Finland, Libya, Sudan, Ghana, China and Japan, and 12% of its turnover comes from abroad. The strong point of the company is its exclusive focus on espresso coffee. «We don't make a cru» explains the chairman Andrea Morganti «because, in our modest opinion, we think a blend is always better than a single-bean coffee ».

Revenues earned by Rome's Caffè Morganti, which has been on the market for over 120 years.

Sales of the Sicilian brand Caffè Moak, that has hired Bob Noorda to do its restyling.

The turnover of the Lombardy Region's MoKalba, a company headed by Giovanna Stucchi.