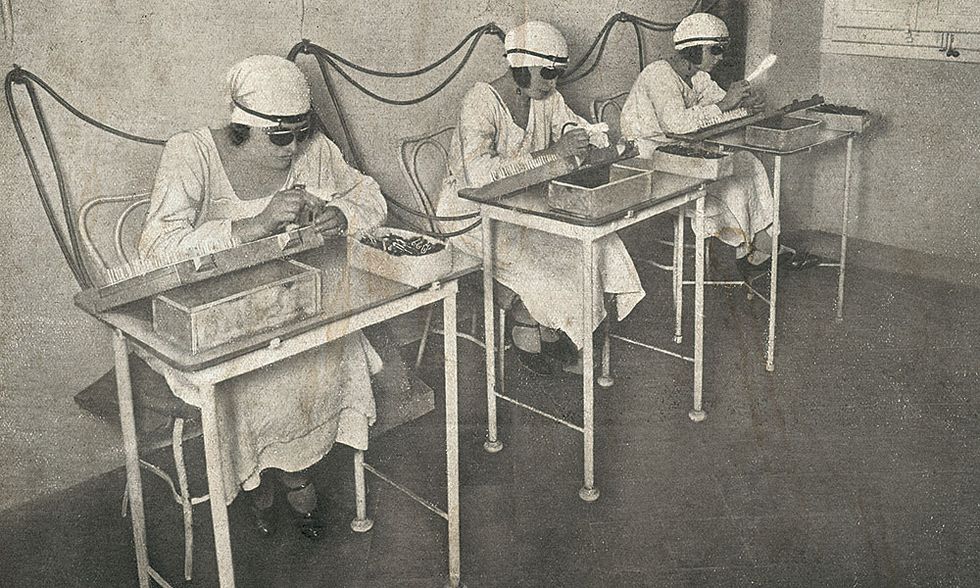 Menarini, a tonic for Europe

From a drugstore in Naples to a multinational pharmaceutical industry whose products have treated over a billion people all over the world. In 125 years, Menarini has become one of the largest businesses in the sector in Europe.

The idea that gave birth to the company, however, was neither complicated nor original. In the late 19th century, many pharmacists founded companies to produce their remedies, and some of these were also bought up, in recent times, by Menarini. In those days, drugs did not exist and the pharmacists had to make them up, on request, using the official pharmacopoeia of the Kingdom of Italy, which contained the recipes and dosages of the various components.

It was logical and easy for them to make up large batches and sell them to their colleagues, because all of them disposed of a laboratory. What made the difference was nothing more than some organization and business skill.

Archimede Menarini had more than enough of that. From his drugstore, he built up a distribution network that covered the entire region, at first, and later the entire country. He created his trademark and started to open warehouses in the city to store his stocks. His key product was Metarsile, a tonic he advertised as «safe for adults and children, available in any pharmacy for three lire the bottle». The ads also claimed that it was a cure for anemia, malaria, weakness, loss of appetite, scrofula and rickets.

Then came Euzymina, an aid to digestion. As demand grew for his tonics and digestive remedies, thanks largely to Archimede's enormous business acumen and his unrivaled organization, the little laboratory in the back of the shop on via Calabritto grew smaller and smaller. Finally, early in the 20th century, Menarini sold his pharmacy and decided to open a factory.

He left Naples and chose Florence because there were many companies in Tuscany producing glass for the vials and bottles he needed for the mass production of his pharmaceuticals. He built his factory in the Campo di Marte section of the city, then open countryside, where circuses regularly set up their tents and among his neighbors were the likes of William Frederick Cody, a.k.a. Buffalo Bill, whose famous Wild West show, featuring Indians, horse-drawn stagecoaches and the beasts of the western American prairies was often at home on those vast Florentine meadows.

There he produced 10,000 bottles a day of Metarsile and 50,000 of Euzymina, and all the work was done by hand. «No such thing as research and development back then, and even until 1978 there were only 11 people in that department» explains Antonello Biscini, business development manager of the diagnostics and history division of the company «because drugs could not be patented in Italy until that year, so it was pointless to try and develop new ones». After this prohibition was removed, the company began to enjoy a period of enormous expansion in Italy and abroad. Now the group operates in 100 countries, with 12 production plants, 6 research centers and almost 13,000 employees.