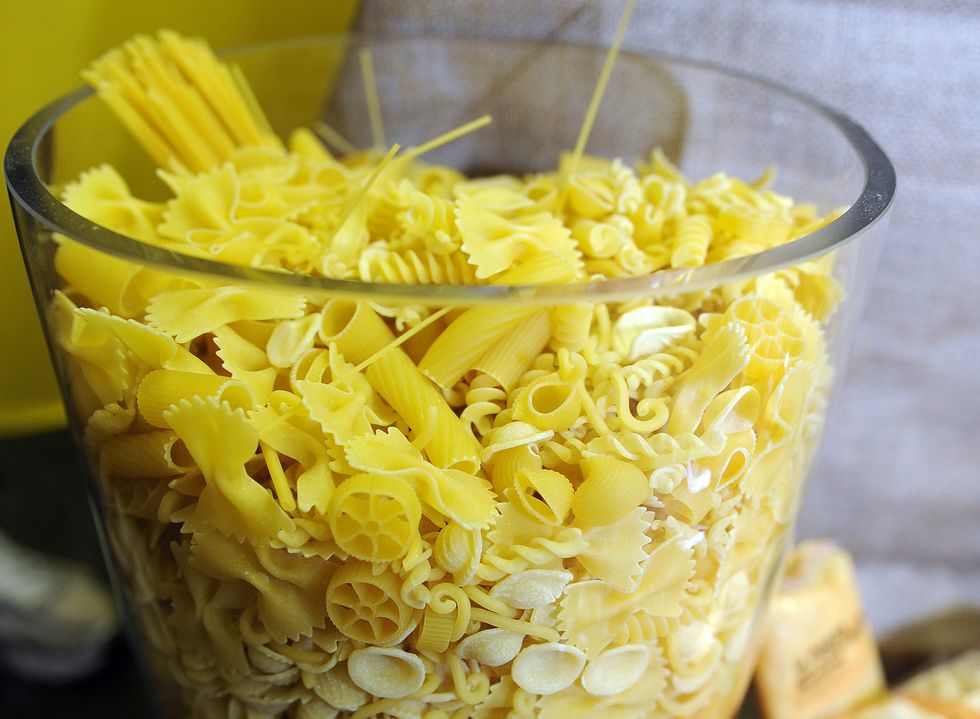 Leone Marzotto: I gave up the law for an apron (Peck’s)

«When I was 12 I begged to be allowed to cook my own meals» says Marzotto «even now my ideal evening is to stay home, cooking for my friends – I make a wicked Amatriciana»

A ton and a half of pâté, the same amount of Parmesan cheese, a ton and a half of pork rinds, a ton of Olivier (or Russian) salad: those are the totals of the best-sellers at Peck around Christmas. Among the cooks, waiters, busboys and cellarmen who worked on Christmas Eve without pause, from dawn to midnight, this year there was a rather special one, Leone Marzotto, son of Pietro, since last year vice chairman and partner with over 70% of the historic brand that will celebrate 130 years in business this year.

The new generation of Marzottos thus confirms the passage from lovers of fine food and wines to food entrepreneurs, a sector that for the Valdagno-based family has always flanked the core business of textiles. From Stefano, Gaetano and Luca, who heads the Santa Margherita Group (which includes, among others, Ca' del Bosco, Kettmeir and Làmole), to Paolo, occupied for years in Sicily at Baglio di Pianetto, to Pietro, concentrated in the gourmet sector with Peck. «Never before, however, have choices in this family been so precocious and so radical» smiles Leone who, thirty years old and a lawyer, decided to abandon forensic practice and now, in a white coat, moves easily between the kitchens and the cold counter and does not disdain, when necessary, to serve coffee, while with his father he studies how to turn the venerable Milanese institution that is Peck into a young, dynamic business that exudes his very Italian personality.

«Apprenticeship from A to Z is part of the family culture, and in my case, under the tutelage of Angelo Stoppani who, with his brothers created the legend of Peck, it is the most enjoyable part, absolutely essential to offset the complexity of management aspects and strategy meetings».

He is not the only one who feels that way. There are a lot of young scions who see the gourmet food business as high-yield investment not lacking in a satisfyingly playful side. «When I was 12 I used to beg to be allowed to cook my meals» recalls Leone «and even now my idea of a perfect evening's entertainment is to cook an authentic Amatriciana for my friends».

For years, the brand has marketed a number of its products and cuisine abroad, in Japan, Seoul and Mexico City. «We have to move carefully» points out Leone, who speaks five languages, including Chinese, and sympathizes with oriental thinking «because there are cultures in which we have to organize our offering differently: the Asians, for example, consider bread an extravagance, and until a few years ago the Japanese didn't even have the enzymes to digest cheese».

With his arrival, the new ideas started to flow: after a very nice general restyling of the premises and the acquisition of the young Michelin-starred chef Matteo Vigotti, from the Piedmont Region, came the evening opening of the Peck Italian bar, until now the temple of the quick, satisfying lunch a stone's throw from the cathedral. The first steps into the third millennium will come in April, with the inauguration of a restaurant, on the floor above the store. It will interpret «the many sites of food»: at any time of day customers can order a plate of raw seafood or a breaded veal cutlet, enjoy a full meal or a glass of wine chosen from among the 3000 labels in the cellar, or just sip coffee. In Peck style.