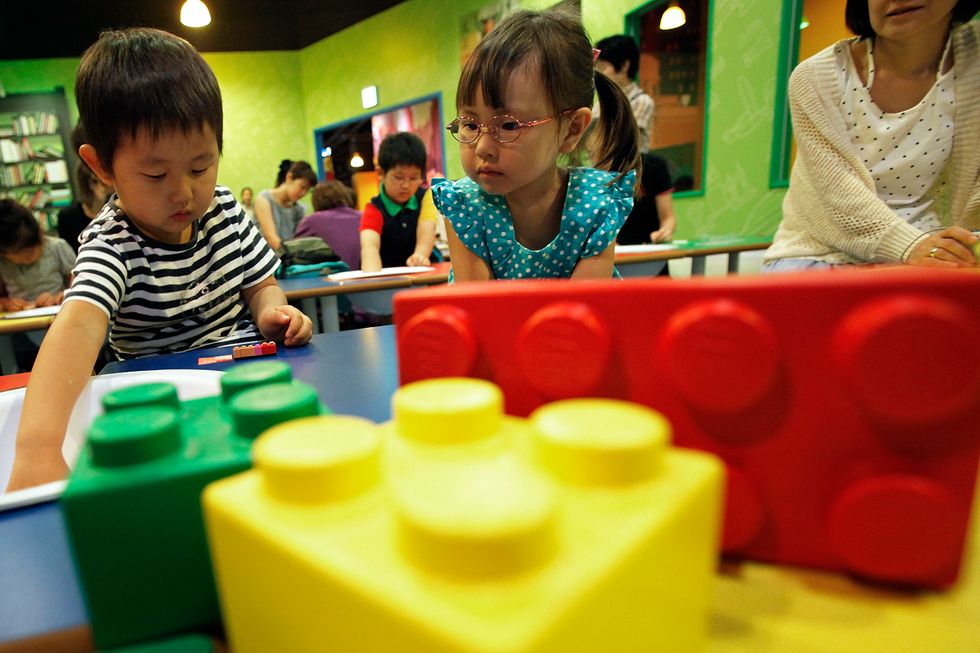 Lego, the little building block, sets its sights on Legends of Chima

The new game is ready from this company that produces 36 billion pieces per year, 42,000 each minute. And which has forgotten the crisis

Who is the biggest producer of tires in the world? Not Goodyear or Michelin. It is the Danish company, Lego, with its 300 million tires a year. And, with the building sector in crisis, what brick is still going strong? Lego bricks, with billings that grow at a double-digit rate worldwide and in the last three years in Italy, by one-fourth time after time. Notwithstanding the crisis, electronic games and the digital world.

This Danish company founded 80 years ago by Ole Kirk Christiansen, and which for the last 50 years has had a branch office in Italy, has a secret: having grown without ever growing up. In short, a kid company in the real sense of the term. Where the switchboard answering machine responds with the voices of the children of employees and where top management is even capable of arriving at business meetings to launch new products dressed as Ninja. The result? About 2.5 billion in global profits and with a forecast closing for 2012 in Italy of 90 million.

Create, dream, play are its watchwords. Filling with renewed passion the solid, tangible, immutable "building block". The best example of the company's modern-day strategy is its decision to launch simultaneously around the world its new "Legends of Chima" series, the theme of a new toy that follows in the tracks of NinjaGo, combining traditional building activity with social interaction between children, including through TV and the Net.

"Desires and habits have changed compared with twenty, or even just ten years ago," says marketing director for Italy, Camillo Mazzola. "Today kids are more social, collaborative and immersed in fantasy-filled stories. It represents an evolution started by electronic games and consoles that cannot be ignored. That's the reason for uniting our blocks with a story, a fantasy that is expressed through music, animation, play and construction."

Legends of Chima involves an imaginary world whose inhabitants, represented by animals, are involved in a battle between good and evil following the discovery of a mysterious source of energy. "And, naturally, Lego blocks already draw on other sources of fantasy and involvement, as can be seen from the cartoon series inspired by NinjaGo and broadcast on Ted Turner's networks for children (Cartoon Network and Boeing)," continues Mazzola. "It is no accident that the game will involve a well-known musical group, the young Italian band, Finley."

The launch goal in Italy is to have Legend of Chima represent 10-15% of billings in 2013, while naturally continuing double-digit growth rates. Is this possible? The confidence of Italian managing director Paolo Lazzarin is borne out by the figures. Last year, total Lego production reached 36 billion pieces (68,000 per minute) and in the Billund plant alone, around 22 billion were produced, the equivalent of about 2.5 million per hour or 42,000 a minute.

So, the times are long gone when, due to excessive diversification and competition from electronic games, the company seemed to be floundering. "That was the case about 8-10 years ago," explains Mazzola. "A series of management errors were made which defocalized the company from its core business, resulting in significant waste. This was remedied by a major reorganization process that externalized all non-traditional activity, bringing the 'blocks' back to the fore."

The Lego theme parks and hotels, which still exist, are managed by outside firms and the Danish company, basing itself once again on the two words that form the basis of its name (LEg GOdt), has returned to "playing well" in 130 countries. Paradoxically, helped along by the crisis. "Economic problems have led to a rediscovery of the product's intrinsic values" is the message. "Specifically, durability, educational approach and no waste which only a product that is always compatible and never obsolete can guarantee, unlike digital games which go out of style in just a few seasons. The entire group is therefore growing, not just in Italy. And now is also the time to extend Lego's presence in countries where we are not traditionally present, for example in Asia, Africa and South America, with sales and advertising strategies that, as always, are developed and are in harmony with local marketing."

Since more than 4 billion Lego characters occupy the Earth, colonization is assured. In fact, with 40 billion pieces stacked one on top of the other, the company could even reach the moon, "but for the moment we don't see any major marketing possibilities up there," jokes Mazzola. And frankly, if it's true that with 6 of the traditional 6x4 colored bricks 915 million combinations can be created and that every second, 8 Lego sets are sold around the globe (28 during the Christmas season), our old Earth seems more than sufficient. Plus, who says that, once grown, "Lego kids" stop building? "The AFOL (Adult Fans of Lego) group has thousands and thousands of members and regularly schedules events or building contests which we support through the media and encourage by providing materials." For those interested, don't miss Ballabio, the regular event held in July.