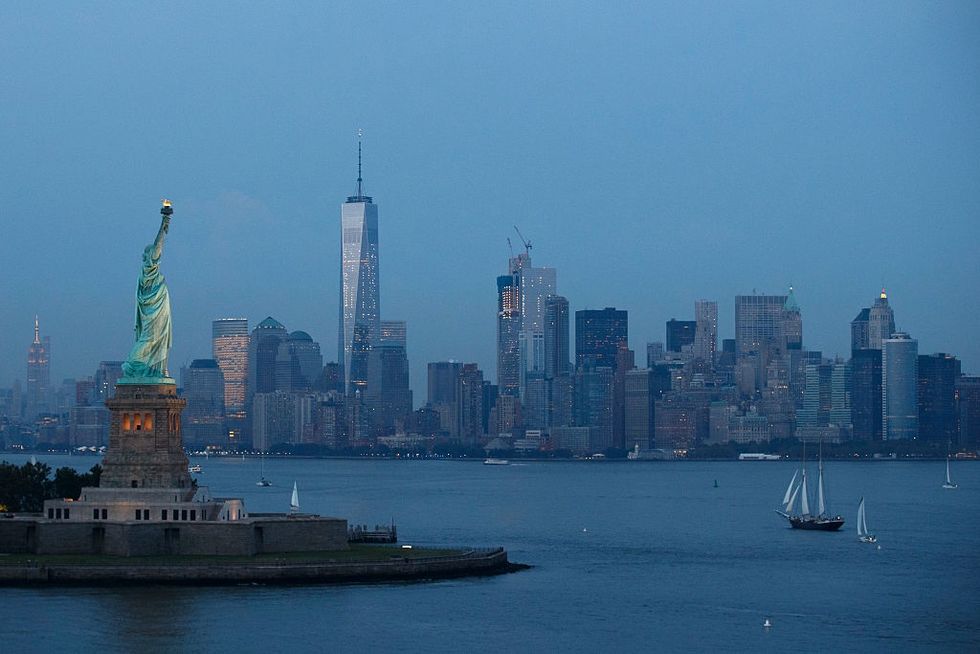 Fernando Napolitano, The Italian Business & Investment Initiative's Ceo, and the Italian magazine Panorama are joining hands to relaunch the business relationship between Italy and the United States

Panorama lands in New York from October 31 to Nov 2 for an intense, event rich series of happenings around Italy's "Parts Unknown".

This represents a major step change in the relationships of Italy with the United States. Italy is a country whose reputation in the Us is binary.

On one hand, Italy is highly recognized for its excellencies in the 4 Fs: Food, Furniture, Fashion and Ferrari. Furthermore, Italy is a key destination for affluent Americans that indulge, arguably, in the best and most spectacular locations in the world.

On the other hand, as far as "doing serious business" is concerned, Italy is not on the map. This is reflected in the numbers. Export wise, the US buys from Italy US$ 45 billion a year vs. more than US$ 140 billion from Germany. Germany's GDP is not three times Italy's. This represents less than 10% of Italy's total exports. US foreign direct investments (FDIs), another important indicator to gauge the level of business heath, are negligible while Italy has invested significantly in the US, US$ 7.5 billion at the last count, on the wake of Fiat Chrysler Automobile.

Yet, visiting US major cities on the east and west coasts, the so called Italian sound is overwhelming, a sign of its goodwill not monetized, however, by Italy originated ventures.

This gap between perception and reality is largely Italy's fault. Italians still hold the leadership in being the country where English is spoken the least. This is not only a "technicality" but a cultural gap that does not allow the Italian leadership and business community to recognize one of its most important area of improvements: communication. Still today, there is no major media from Italy in English. Italy does not speak to the rest of the world. Its image and reputation are shaped by Anglo-Saxon media; FT, New York Times, WSJ and the Economist.

Despite a rejuvenation of the political leadership, the communication remains a challenge and an issue not perceived as strategic. Against this background, The Italian Business & Investment Initiative launched its New York operations in 2011 to start addressing this issue. By organizing yearly in New York a summit dedicated to Italys' business with the Us, code name "Italy Meets the United States of America", it has started to shed some lights on the business opportunities that Italy might provide to Us investors. Italy is, in fact and against the general perceived wisdom in the Us, a hightech country: pharmaceutical, med tech, advanced material, aeronautics, aerospace, artificial intelligence, energy, oil, are some of the industries where Italy boats world, sector or niche leaderships.

With Panorama, a leading business weekly magazine edited by the largest Italian publisher Mondadori, joining the quest, Italy increases its GRP in the big apple. New York is not only a world's leading financial hub, but one of the capitol of the world. Panorama will field 2 gala dinners, one at the Harvard Club of New York and one at the

Cipriani, where it will recognize Us and Italian leaders that have distinguished themselves on topics that are relevant to Italy and the world.

More, Panorama will host two content session on Nov 1 and Nov 2 to discuss and illustrate some of the Italian excellencies that are, in fact, unknown. Remarkably, this is the first time in the bilateral history, that one of the most prominent media outlets recognizes the strategic importance of being in New York.

While this initiative will not solve the paramount communication gap of Italy vs. the rest the world, it is an important step change that will contribute to enlarge the views of the Italian leadership eventually coming to terms with this strategic communication deficit.

Unlike what has happened in past whereby Italy originated initiatives in the Us and in New York where short sighted, extemporary and short lived, Panorama in cooperation with the Italian Business & Investment Initiative, is working for the long term to provide a stable location and a series of business related happenings to improve the business exchanges in between the two countries.

This is a private led initiative in cooperation with the most reliable Italian institutions, the Italian Regions such as Lombardy and Emilia Romagna and agencies, such as Invitalia and SACE. To some observers it might sound like an oxymoron. Italy "Parts Unknown".