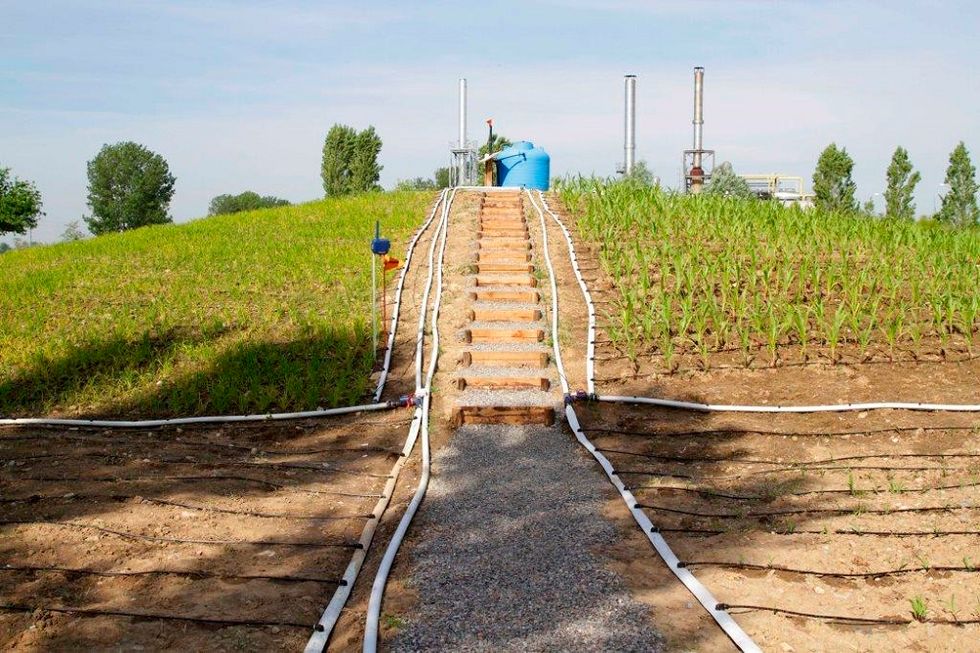 Italy has a new Demo Field for Sustainable Agriculture

Demo Field was opened in early May in front of the PTP (Parco Tecnologico Padano) - Science Park in Lodi, a small city near Milan. The project is about the Agriculture of the Tomorrow, strictly connected to Expo 2015 and part of the big program Lodi 2015, which is also linked to the universal exposition.

Gianluca Carenzo - PTP Science Park General Director - had no hesitation in defining Demo Field as a concrete evidence of how to produce healthy and sufficient food through sustainable agriculture. In fact, the demonstrative field - a bit larger than 1 hectare - is equipped with an artificial hill, an orchard, and a greenhouse.

The project was also welcomed by Elazar Cohen - Commissioner of Israel Pavilion at Expo 2015 - who stressed the need to collaborate at the international level to face current challenges in the agricultural field. Also Antonio Boselli - Confagricoltura Delegate for Expo 2015 - declared that Demo Field primary and remarkable aim is to promote sustainable and sufficient food as an answer to one of the main global concerns, i.e. food shortage.

In particular, Demo Field is divided in three areas. Firstly, the hill hosting some crops typical of level grounds (such as corn, rice and soy) thanks to the drip irrigation system, which allows to spare about 40% of water normally used. The second area is the orchard, where an apple tree is surrounded by 300 plants. Finally, the greenhouse is 500 square meters large and hosts tomatoes and strawberries grown "out of the soil", a system that uses less water and chemicals.

Drip irrigation combined with fertilisation creates fertirrigation that seems to be a turning point able to reduce resources usage and maximise their potential. On this subject, Franco Citron - Manini Energy CEO - commented on Demo Field defining it as a great solution to bring water in least accessible areas with reduced costs.