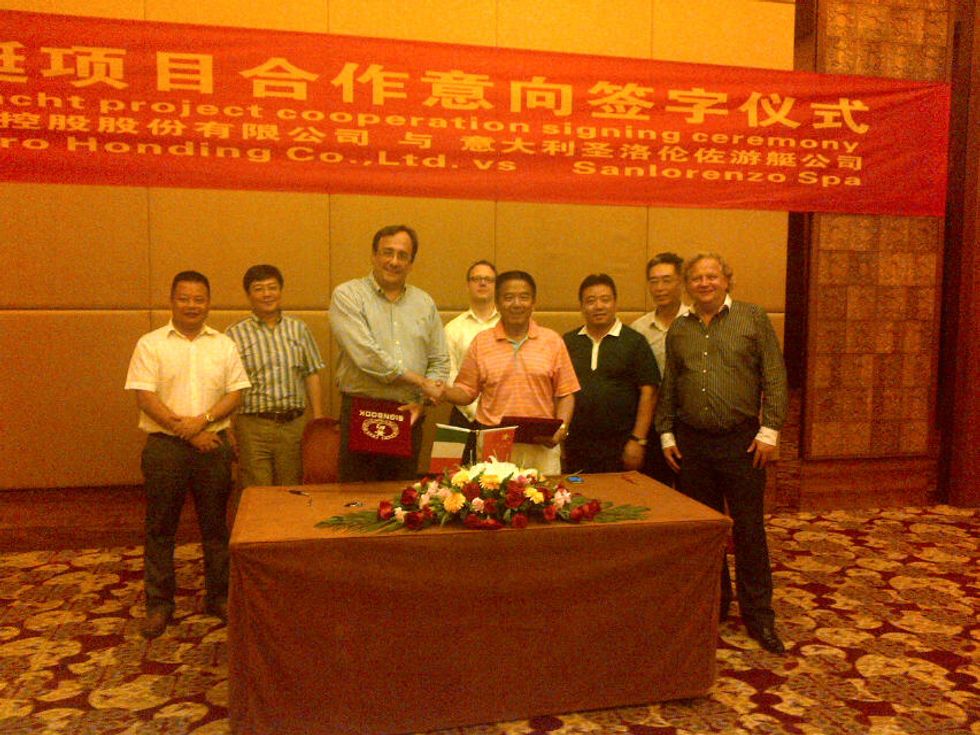 Italy and China together to build luxury yachts

Thanks to a new joint venture with Sundiro Holding, Sanlorenzo will broaden its presence in the Chinese market

The Sanlorenzo Spa chairman Massimo Perotti has defined it an "innovative agreement for the entire international nautical market", and it is true that the Italian shipyard will benefit a lot from the opportunity of producing in the People's Republic of China a new range of boats from 10 to 20 metres, as well as from selling there its Italian built luxury yachts.

Sundiro Holding, the partner Sanlorenzo chose for the joint venture, is a Chinese company listed in the Shenzhen Stock Exchange and famous for producing Honda motorbikes on licence. Founded 15 years ago, Sundiro Holding has now 4.700 employees generating a turnover of around 2 billion Euro.

A capital increase of 30 million Euro has been recognized as necessary to complete the operation. Although this boost has been guaranteed by both Sanlorenzo and Sundiro shareholders, the majority of the Italian company will remain in Mr. Perotti's hands.

The new agreement regulating both production and distribution of Italian luxury motoryachts will be implemented in three stages. First, a new Chinese joint venture with Sundiro majority whose name will be Sundiro-Sanlorenzo Yacht Manufacturing Co., which will build yachts from 10 to 20 metres in China on the basis of Sanlorenzo design and under the brand "Sundiro". This move have been strongly supported by the Italian luxury icon as it allows Sanlorenzo to enter a new market it never covered before, the one of small size yachts.

It has been estimated that the first Sundiro model will be available on the market in roughly two years. As soon as these new yachts will be ready, another joint venture, the Sundiro-Sanlorenzo Yacht International Srl, will start taking care of the distribution of the Chinese-built boats.

Third, a Hong Kong based company will be created to sell Sanlorenzo yachts (from 22 to 62 meters) in China. For sales in the People's Republic of China, Sundiro and Sanlorenzo signed a ten-year agreement with a total target of 450 million Euro. Further, Sundiro has been requested to buy boats stocks from Italy and then sell them within the country.