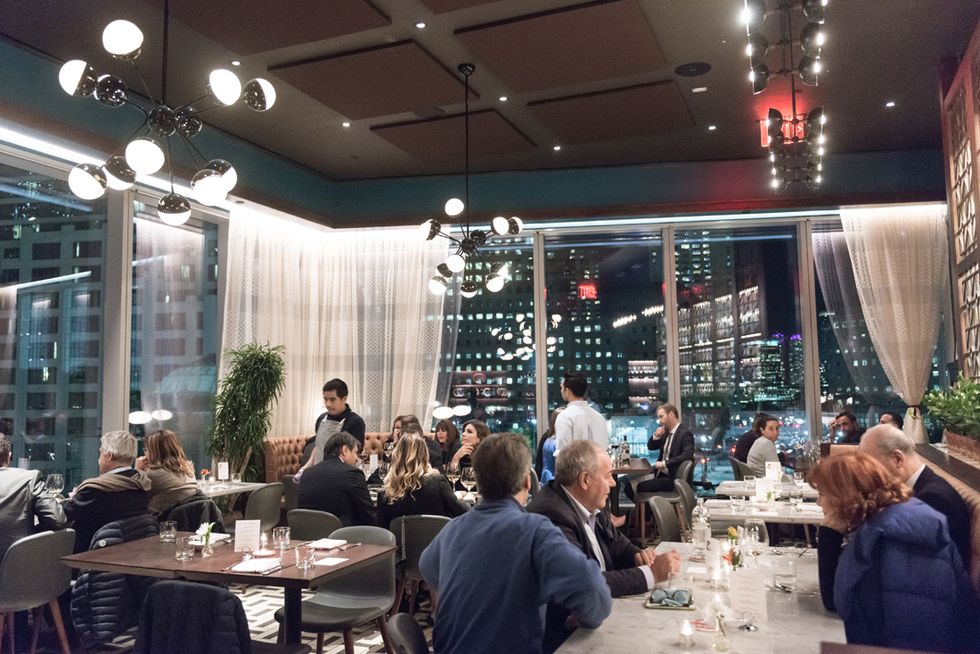 The first three-day party of "This is Italy-Parts Unknown", signed by the star chef Vito Mollica with a tasting of authentic Italian flavours

A burrata stuffed tomato inlet to take your breath away, followed by a seafood appetizer made of shrimp scented with garlic accompanied by a cauliflower salad.

So Vito Mollica, starred chef of the restaurant Palagio di Firenze, wanted to introduce his gastronomic story in the first party of "This is Italy-Parts Unknown", the three days of Panorama of Italy in New York.

At the Osteria della Pace, in the Eataly Downtown headquarters, the first selected guests were able to taste a journey of the senses overwhelmed by the passion of a chef who loves the genuineness of Italian culinary tradition. It has made it a flag.

Vito Mollica personally searches and selects the ingredients for her recipes, convinced that quality is the key to the interpretation of a dish. Always attentive to the biodiversity of Italian cuisine, the starred chef of the Palagio often participates in events and gastronomic promotions that have the aim of promoting and spreading the culture of Italian food abroad.

And then how not to taste the spelt, an ancient ingredient, that Mollica has "reinvented" in a soup in the Tuscan way with autumn vegetables such as pumpkin, celebrated in the New York night of Halloween. The hymn to the season continues with a sliced beef with chestnut cream and juniper beet.

And to finish off with an Italian dessert, very much loved: zabaione with orange caramel. Superb, they say guests in a jubilation of pleasures while leaving the hall.