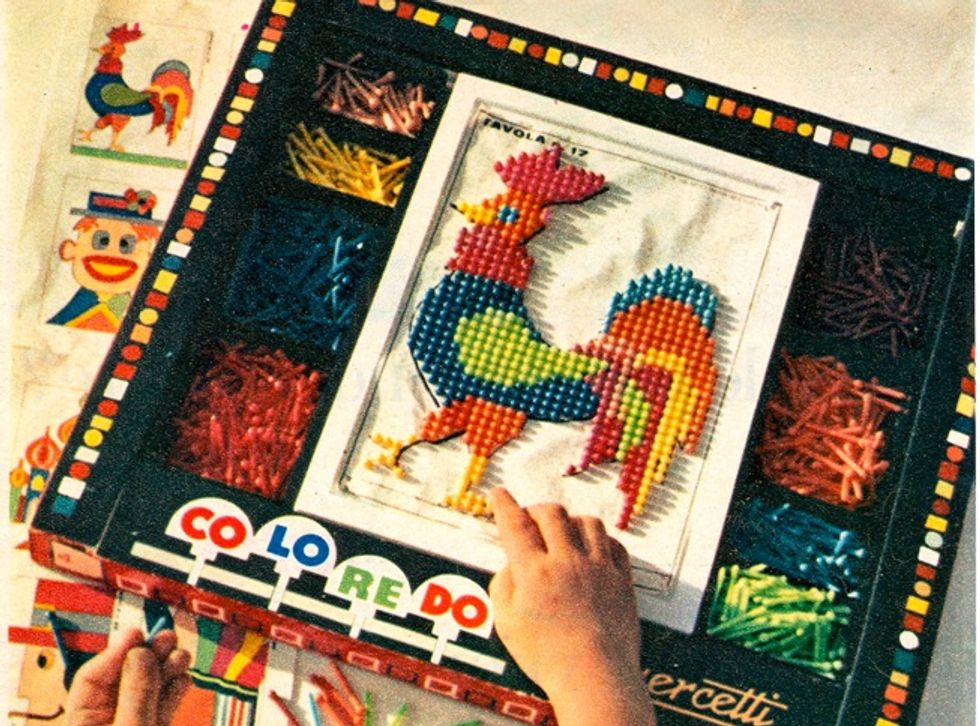 Innovative toys are Made in Italy

Almost all Italians have played with the Chiodini ("little nails") at least once during their childhood. Chiodini consist in small plastic pieces to be nailed on a white grid to create images: a simple concept, which has entertained generations of toddlers enabling them to express freely their creativity. Such toys are the main product of Quercetti, a factory initiated by the founder Alessandro Quercetti in 1950 near Turin. With 66 years of experience, Quercetti is about to reach a result that many other companies from all over the world would be envious of: this week, the billionth piece of Chiodini in six  months only will be produced, doubling the already outstanding result of 2015.

As Laura Trapani, spokesperson of Quercetti, points out, the key to the company's success is its adherence to tradition, obtained by retaining all stages of design and production in Italy . "All of our toys rely solely on the energies of children.  There are no batteries, cables or touch screens. The toddler's hand must touch, throw, hit, line up and overlay objects in order to get to know them and accumulate experiences and memories". A secret that has made Chiodini popular also outside Italy. They are exported to over 50 different countries - including China: a remarkable achievement, as nearly 85% of all toys produced in the world today come from Chinese factories.

In order to further build up on its long-standing experience in toy-making, Quercetti is now launching an evolution of the old Chiodini. Pixel Art is the name of this new product, and it differentiates from the old one because of its dimensions - the new nails are smaller, and can be personalized according to the customers' needs.  The idea has proved so good that samples of Pixel Art have been used for themed works by several Museums, including the Egyptian Museum of Turin, the Uffizi of Florence and Palazzo Pitti.