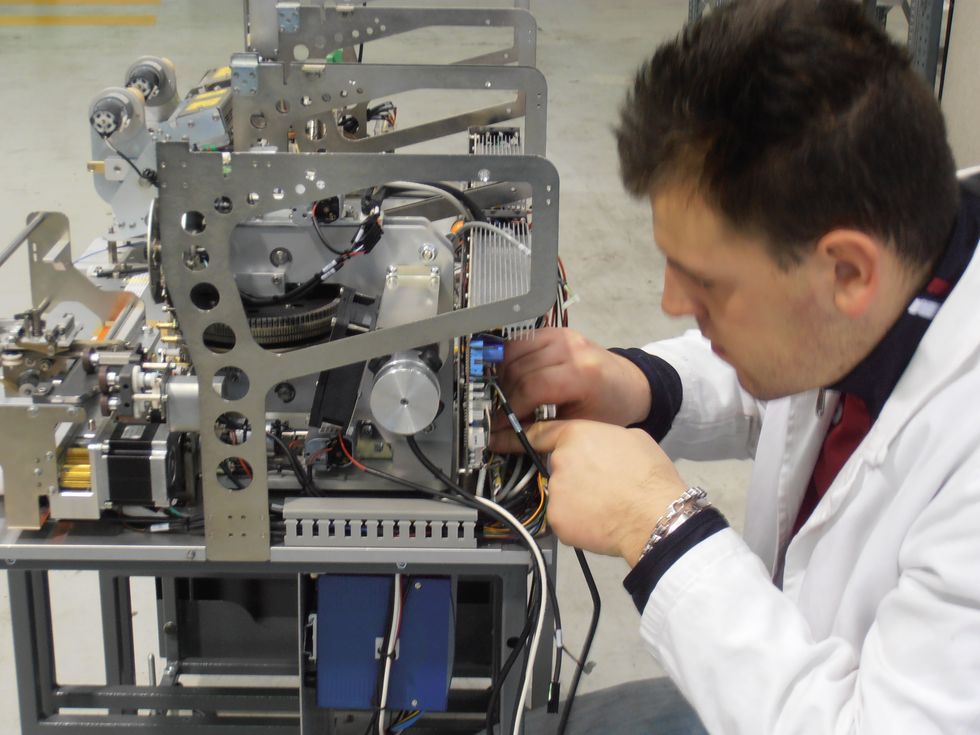 Sandro Camilleri is one of the leaders in the system of production of identity cards with his company Matica. His group’s latest acquisition in Germany puts him in the market of biometric identification

Once upon a time there were wines, fashion and high cuisine. But now the eternal contest between the French and the Italians has moved into other sectors. We're not talking about banks, energy or milk either, though these industries have been in the spotlight recently. There is an even smaller niche, a young technology that until now has not received much attention: the production and distribution of magnetic and security cards, in other words identity cards, credit cards and recognition badges.

It is a market with annual growth estimated around 10%, for a global turnover of 5 billion dollars, and the leader in Italy is a company founded in Milan in 1992: Matica System, which has its headquarters in the Lombardy Region, and three other branches located in Novara, Angers (France) and Stuttgart (Germany).

The company was actually founded twenty years ago only as a producer of punches for metal plaques, a division it has maintained for the automobile and military sector, but it discovered its true vocation just 10 years ago, when the company hired Sandro Camilleri, a manager with a solid background acquired abroad in the financial field and experience in the banking sector and in the distribution of printers for magnetic cards in Italy. «This is a business that was born in the United States and is relatively new for Italy, and we are the last to get in. There is also a high technological barrier to entry, because producing this kind of printers requires a heavy financial outlet» Matica System's Managing Director Camilleri tells Panorama Economy.

Looking back over the last 10 years, Camilleri showed that he had the know-how. In 2002 he took over Matica, where he became managing director in 2007, launching an intensive program of research and development for the production of card systems and credit card packing systems, that led four years later to the acquisition of business divisions of the Austrian company Digicard and the Italian company Fractalos Card Lab, both specialized in machinery and high speed equipment for card production.

That is how the race got started: in 2009, a terrible year for finance (that groups a great many of the potential clients in this sector) the group invoiced 29 million euros. The following year the turnover rose to 36 million, and in 2011 totaled 42 million (+20%).

So now, in the Old World, Matica competes with the French company Evolis, which has sales of over 40 million euros. «If we consider our turnover now, we're talking about a difference of about a million euro» says Camilleri. Actually, there is a third rival: Magicard, the British company owned by the Ultra Electronics Holdings galaxy (4,000 employees and sales for over 650 million pounds), which has more sales but in the U.K., the U.S. and Australia. In Italy, however, Matica has no rivals, or multinational companies with comparable revenues, but only a couple of companies with similar products but much lower sales.

The keenest competition, in short, comes from three large American companies: Datacard (with turnover around 350 million dollars), Zebra Technologies (80 million dollars) and Fargo (120 million dollars). Three companies with over twenty years' experience in the sector that can still count on a favorable euro-dollar exchange.

Matica, however, certainly does not intend to let its French rival take the lead, nor will it surrender to the «three sisters» from the U.S. Just recently it acquired control of a German competitor, Digital Identification Solutions (30 million revenues, seven branches in the world and about 90 employees). The company is quoted on the Frankfurt Stock Exchange, and specializes in identification solutions including biometric recognition. This acquisition brings the number of collaborators of the group to over 200, including 30 engineers assigned to research and development (Matica holds three patents, while another 10 are in the process of obtaining approval).

With its German subsidiary, moreover, the number of branches grows from two to eight, scattered throughout Europe, the Middle East, Singapore, China, the U.S. and South America. «The acquisition gave us three important extra strengths: an increase in size, an improvement in the process of consolidation, and a global presence, without which, at times, a company is not even taken into consideration by many banking and insurance clients» explains Camilleri.

Foreign bases are even more important for Matica, which exports 95% of its business through 150 distributors and has a vast portfolio of clients abroad, from Scotland Yard to the government of Malaysia, with which it stipulated an agreement last July to print electronic identity cards. In the future, says Camilleri, the battle among competitors will be for the conquest of Asia and South America, two rapidly growing zones that have no players in this sector at the present time.

To win the challenge, or at least to stay abreast of the competition, Matica plans to grow by internal lines, continuing to focus on its export business, currently divided among these percentages: 40% in Asia, 30% in the Americas and 30% between Europe and the Middle East.

«In 2012 we expect to repeat the success of 2011, when we grew by double digits, aside from the acquisition. In the next five years, although the prospects of growth in Europe are lower, they are stronger in the Middle East, Americas and Asia, and we expect to double our turnover. A great deal will depend, however, on the macroeconomic situation» says Camilleri, adding that future acquisitions will be made either to have direct access to markets or to develop new technological products. «In this case, the acquisition of a company that produces biometric systems would be more coherent with our strategy» he concludes.