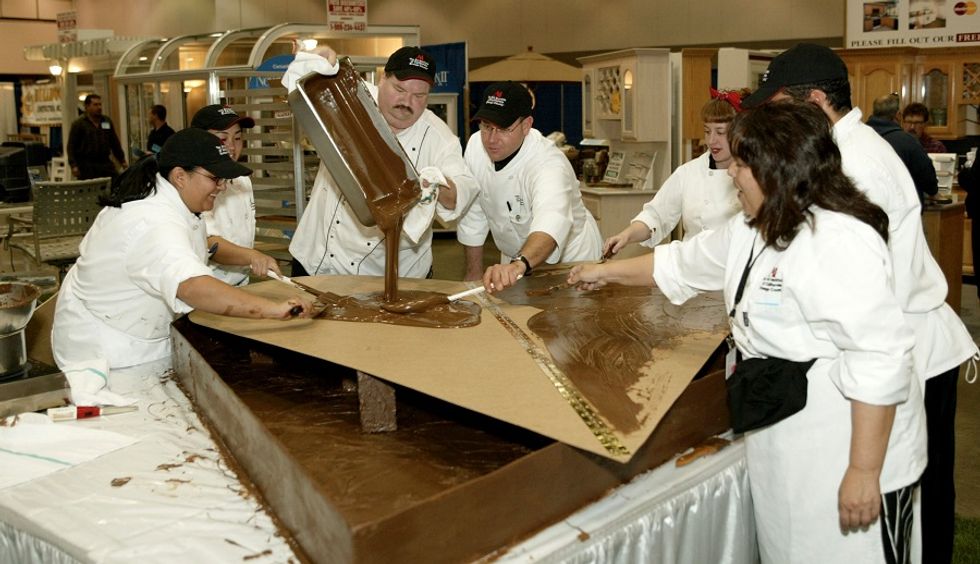 Despite being based on beer, the new Italian delicacy does not contain alcohol

An ingenious collaboration between an Italian chocolate maker and an Italian beer brewer has resulted in a very innovative accompaniment for cheeses and hors d'oeuvres: Spreadable Beer (Birra Spalmabile). It comes in two flavors - one light and delicate, and the other with an intense aroma and stronger taste.

Chocolatier Pietro Napoleone and Emanuela Laurenzi's brewery Alta Quota started to collaborate in order to make a dream of many people come true, and the new cream seems to have overcome the technical obstacles faced by other chefs in the past. Such a tasty result was possible thanks to the thirty years of experience in chocolate making acquired by Mr. Napoleone in Rieti, a charming city near Rome,  resting on a small hilltop and commanding a wide plain at the southern edge of an ancient lake.

Rieti is also home to Alta Quota, a small brewery which prides in using for its productions only the water coming from the crystal clear waters of Velino river. "We created a cream made of beer by balancing every ingredient we used and also by knowing the reactions by mixing these ingredients," said commercial manager Francesca Napoleone. "So we've created a product which is very smooth and creamy, resulting, as the name itself suggests, in a spreadable beer because it can be spread just like chocolate cream."

After becoming popular among foodies in Rieti and in other Italian cities, the Spreadable Beer has made a successful debut outside Italian borders. It is now available trough a few important retailers and on-line shopping web sites, and we have heard that orders by U.S. and British beer enthusiast are coming in thousands to get their own 280grams jars. Selfridges, a chain of high end department stores in the United Kingdom, sells it also in its flagship store on London's Oxford Street - the second largest shop in the UK (after Harrods) and one of the oldest, having opened on March 15th, 1909. Selfridges advertises this new item calling beer lovers to "rejoice, as they can now enjoy their favourite tipple with cheeses and bread with Greta blond ale spreadable beer".

Spreadable Beer is a thick paste that contains 40% beer, possesses a sticky yet smooth texture and an irresistible hoppy scent. Those who were thinking about getting some solid booze may be disappointed: despite being based on beer, the cream does not contain alcohol.