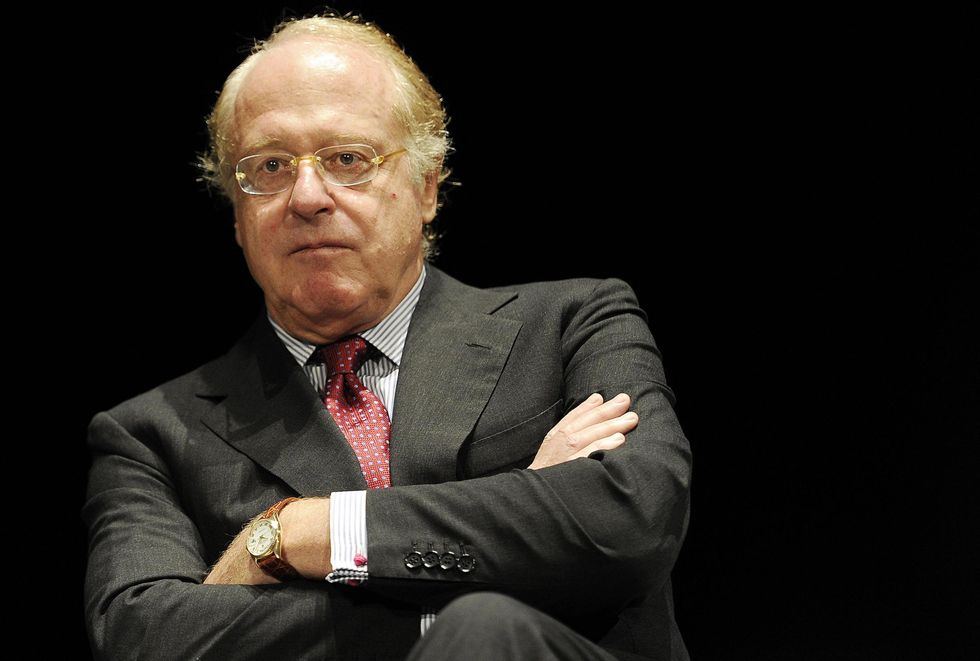 With its enormous shale reserves the US is at the center of a revolution that will change the global balance-of-power. And Paolo Scaroni, CEO of ENI, launches the alarm: Europe risks being left behind

Try typing "shale gas" into Google search and 111 million web pages will pop up. Five years ago when the Americans, desperate for methane, opened two terminals along the Texas and Louisiana coast to import gas from Qatar and Yemen, virtually no one had ever heard of it. Today, following the discovery of major gas reserves in clayey shale rock and the development of cost-effective technologies for extracting it, the United States is swimming in a sea of low-cost gas and those two ports have become terminals for exporting liquid methane to Asia and Europe.

It's the beginning of a great, unexpected revolution that will redraw the world energy map and change the balance-of-power between the major countries. Will it also mean lower prices in Europe and Italy? Paolo Scaroni, 66, CEO of ENI (in the top 10 of oil "bigs" with 79,000 employees in 90 countries), says, "yes, but not enough". The number one at the company of the six-legged dog logo has just arrived in New York to take part in the festivities for the Year of Italian Culture in the United States, of which ENI is a sponsor. He arrives by way of Washington where he met with some members of the Obama administration, including Deputy Secretary of State William Burns, and his forecasts regarding the future of Europe are anything but rosy. "In the US, the increase in the price of methane in the early years of 2000 stimulated the development of technologies for horizontal drilling and breaking up the rock which has made the production of shale gas economically viable. The result is that, today, America can count on virtually unlimited gas reserves at prices that are one-third those in Europe, while electricity costs half of what it costs us."

What are the consequences of this?

In the US, a gas calorie costs one-fifth of a calorie produced from gasoline. This means that gasoline is confined solely to transport, and perhaps even there it will be threatened by methane. While, in the rest of energy production, gas has replaced coal and nuclear power. Concretely, this means that America has become a very attractive continent for all industries throughout the world that are energy-intensive. In fact, many of them are already shifting investment to the US, giving rise to massive reindustrialization. And all this is to the detriment of Europe which, in addition to having higher labor costs and taxes, finds itself with energy costs outside market levels.

Yes, there has already been a slight drop in prices. But if, as it seems, the Obama administration will authorize exports of gas to Europe, the methane must be liquefied and shipped and, inevitably, it will cost more than in the US.

Shale gas reserves are found throughout the world, including in Europe...

It's a shame that, to-date, there is little shale gas production outside the US. I think that reserves with the right geological conditions for being exploited in a cost-effective way exist. After having acquired a small shale gas producer in Texas in 2008 in order to get the technology, we at ENI have invested in Poland, the Ukraine, Tunisia, Algeria and Pakistan in search of shale gas. We are also exploring in China, together with the China Petroleum Corporation, our new partner in Mozambique. However, there are precedents that are anything but comforting: Exxon and Conoco Philips have abandoned Poland. And Europe is conditioned by environmental and legal considerations (the subsoil belongs to the state, and not the owner of the land) which make extraction more difficult.

So, things look bad. What's in store for Europe?

Either we create the conditions for shale gas or we have to come up with other options, including nuclear. I don't see many other alternatives if we truly want to create jobs and growth. Money, technology and entrepreneurs have legs. If conditions don't change in Europe, they'll pick up and go, to the US or elsewhere.

In reality, the conventional gas we import from Algeria, Libya and Russia costs less than shale gas. We should convince these countries to lower prices...

Of course, we, who are the no. 1 supplier of gas in Europe, are already renegotiating long-term contracts. But in order to guarantee lower prices on one hand, and on the other, the supplies these old contracts insured, European countries must create completely new partnerships with producing countries. In short, what are required are farsighted political choices.

Are Algeria or Russia ready to accept less for their gas?

Every country is different, depending on the quality of gas they produce and the local situation. Algeria, for example, can count on strong demand from North Africa, while Russia can increase sales to Asia. In any case, it's clear that they must get used to competing with American shale gas shipped to Europe.

And do we have to build new regasifiers?

We who? Italy? My answer would be no. While in our country we have built one, in Spain, meantime, they have built seven. For each plant, we have to ask the opinion of every Tom-Dick-and-Harry, while Japan, with an even more seismic situation than our own, has 24.

At least we could better connect the pipeline network across Europe...

Yes, this would guarantee enhanced security. But let's not forget that infrastructure costs money and this cost ends up in our utility bills.

So, we'll be going with coal?

One of the effects of shale gas has been to lower the price of coal by 30 percent, which the US no longer uses, but which we here in Europe still use extensively. But building new coal-burning power plants is difficult because of pollution and high CO2 emissions.

Aside from shale gas and nuclear power, there are other alternative energy sources. Are you investing in this sector?

To start with, in 2005 we decided to transfer all R&D activity that was concentrated in one company, Eni Tecnologia, into their respective operating divisions so that research would serve the business. Those activities that were not linked to a division, such as solar research, for example, ended up in our Donegani Center. We have also entered into an agreement with MIT in Boston where our goal is to work to replace silicon with polymers to improve the efficiency of the solar energy produced. Towards this end, we have created the ENI awards which, for the last few years, have recognized the best scientists throughout the world in the field of energy and the environment. Some have gone on to become Nobel winners. But the road is still a long one. Today, these energy sources are far from being competitive with hydrocarbons.