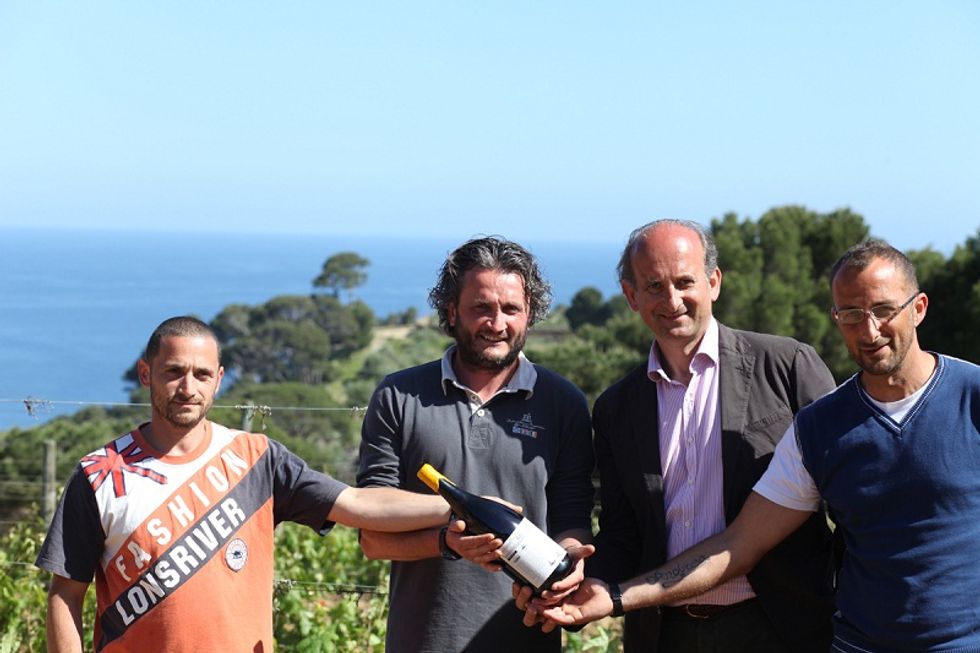 Gorgona, Frescobaldi's wine made by prisoners is finally on sale

Thanks to the Italian famous winery, Gorgona inmates are experiencing real life and learning new skills that will be useful to find a job after release

Marchesi de' Frescobaldi is one of the most prestigious wine producers in Italy. He is famous all over the world for his 700 year-old Tuscan winery, and he is now in the frontline contributing to an ambitious project called "Granducato di Toscana" asking businessmen to invest in Italy's island of Gorgona to favor the rehabilitation of prisoners living in a penitentiary located on the island.

It should be highlighted that Marchesi de' Frescobaldi is the first company that joined this innovative project, aimed at offering prisoners a chance to improve their job skills, helping them to get ready for the job market once they will be released, learning to make or harvest high quality products on the island. These include wine, oil, vegetables, honey and hive products, lamb and goat dairy products, pork products, and fish.

Thanks to Marchesi de' Frescobaldi, fifty Gorgona inmates have learnt winemaking techniques so well that the Italian winery is now proud to announce the release of 2,700 bottles of vintage of Gorgona, a white wine made from Vermentino and Ansonicagrapes planted on the island, where the Frescobaldi family purchased a hectare of old vineyards that is planning to expand in the upcoming months.

Confirming how committed to his project and how proud of the work done by Gorgona's population and his team he is, Marchesi de' Frescobaldi Vice President Lamberto Frescobaldi recently stressed his intention to hire some of these workers once they will be released.

Since the very beginning the "Granducato di Toscana" project has been welcomed by the Italian Minister for Justice Anna Maria Cancellieri, who also recommended replicating this innovative socially conscious program at other Italian prisons. Aware that the offer of a real job is the most effective way to reduce the rate of repeat offenders, and conscious of the importance of offering inmates the chance to gain some professional experience they will use after serving their time in prison as well as of allowing prisoners to experience meaningful and authentic human interactions helping them distinguishing between life "inside" and "outside" a penitentiary, John Drummer, Head of the Department of Penitentiary Administration, keeps on inviting other businessmen to follow Marchesi de' Frescobaldi example in giving inmates a real opportunity to change their lives.