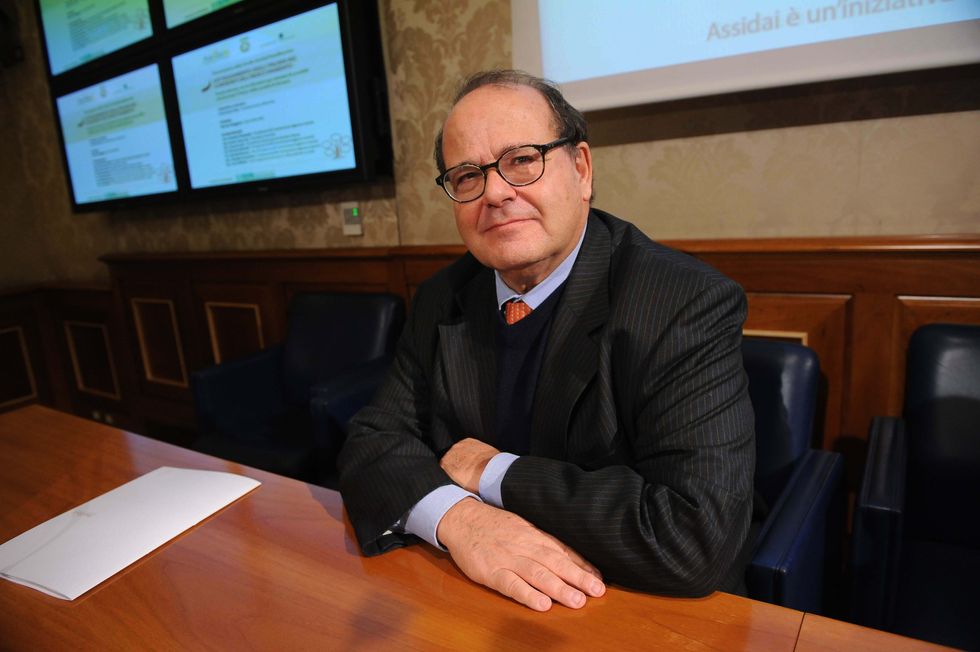 Good mood just around the corner

Not just an ideology, says this sociologist. “Instinct and statistics” indicate that Italians have hit bottom, marking what will inevitably be a reversal in direction.

Print out this page, put it in an envelope and read it a year from now. "We will be better off than we are today, but when I say this now, no one believes me." Sociologist Enrico Finzi is convinced that the worst has passed and he already sees glimmers of recovery on the horizon.

A minority view and, as he himself admits, not one shared by the majority of market survey experts. "It's one against ten. But my view is not ideological optimism. It is based on instinct and statistics."

Let's talk about this. Astra Ricerche has analyzed the spending of Italians and their feelings about the present situation and the future. Result: we've hit bottom. Sixty-eight percent of consumers consider their own economic situation to be negative.

A record. "We've never seen such a high percentage." But that's not all. For six Italians out of ten, things will get worse in 2012. "That's what they think, but it's not true. Their behavior demonstrates just the opposite." To put it bluntly, if you ask Italians how they see the future, they'll tell you: black.

But, if you follow them around as they shop, you'll notice something different: they're spending. So, what's going on? "The attitude of Italians began to worsen last June, much before the collapse of the stock market and the Monti government's austerity measures." Did we begin licking our wounds too soon? "I would say that we began to deal with the crisis very early on. And now we have touched bottom, from which the only direction is up."

So, we are on the brink of climbing out and no one has realized it? "And yet, the signs are clear, and there are four of them." First. It's true that spending has dropped overall, but some sectors remain very active. "The mix of what we consume has changed. People spend on games and technology, tablets and smartphones, but also on culture including concerts, movies and plays. There is less travel abroad, but more within Italy. And although women have given up chic dressing in casual wear, the overall balance is still positive."

Second point. There are segments of the population that are very dynamic. Which ones? The elderly, the ones that should be suffering most from the austerity measures. "In all the most difficult periods, including this one, spending of those over 65 has remained strong," Finzi claims, "and we are talking about a group that continues to grow. Other signs of life: foreigners are spending more than before, especially the second generation of immigrants. And although the crisis has hit the middle class, lower income brackets are active, also thanks to support from public assistance and associations."

The result? A real paradox. The recovery is being launched by the elderly, immigrants and the poor. They continue to buy, at the cost of using their parents' savings or savings of a lifetime. Because - and this is the third point - spending cannot constrict beyond a certain limit, below which it would mean a drop in civility.

"And this is exactly the current situation. People use the family as if it were a bank, or savings are eroded, but the march backward has been defused." And, finally, optimism. This also cannot be crushed. Sociologists say that we Italians, together with the Portuguese and Spanish, are more trusting than other Europeans; we are emotional and incapable of remaining for long in a period of decline or depression.

In short, Italians will begin spending once again in 2012, and they are probably already doing it. It's just that they have changed what they buy and have become more selective, sober and attentive to quality. "I'll make a bet with your readers. A year from now we'll all be in a good mood." Professor, in 12 months, we'll open the envelope.