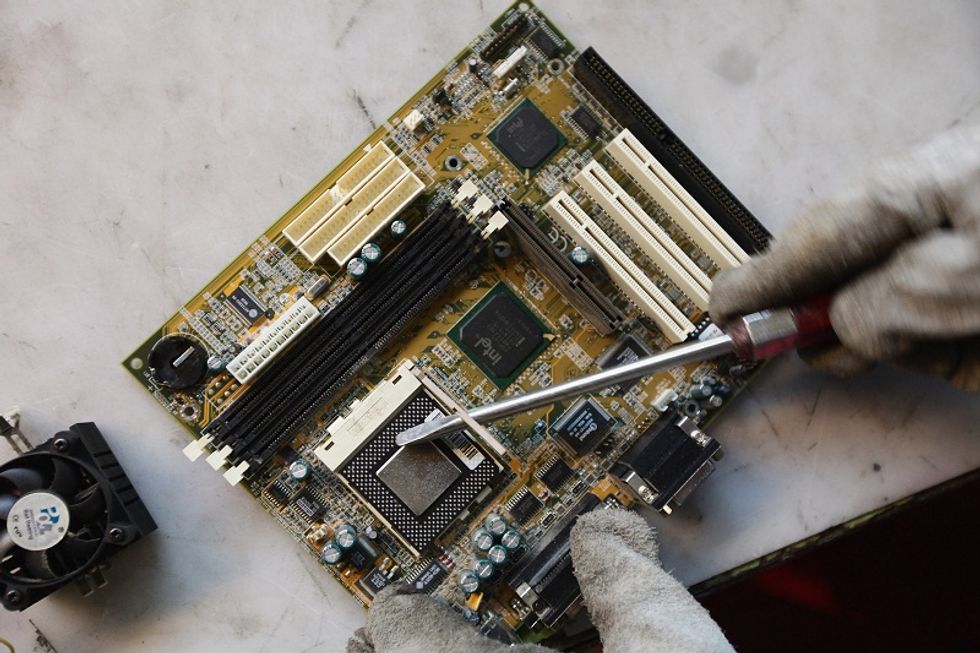 Their aim is re-entering the job market in another way, with new skills, knowledge and ambitions

Italians are famous for being able to identify creative solutions to any kind of problem. For this reason, it is not that surprising to learn that a group of Italian factory workers who lost the job due to the recession have decided to take over their disused factory and recycle themselves there.

Some of the workers that have recently joined the initiative have stressed that there is actually nothing strange in what they are doing, as right after the local market decided to "reject" them, they have tried to find a way to recycle themselves to re-enter it in another way. With new skills, knowledge and ambitions.

The "rejected workers" we are talking about where once employed in Maflow, a factory producing auto components near Milan. It should be clarified that this recycling project is illegal, although tolerated by local authorities as well as by the owner of the industrial site. Some people have described this initiative as a creative one, some other as a desperate measure for surviving in desperate time, but it is a matter of fact that Italians unemployed are now struggling for a very limited amount of available jobs.

Everything started in 2012, when the Maflow plant shut down and hundreds of workers remained unemployed. Today, a few dozens of them are working at Ri-Maflow, and to better embody the idea of being recycled workers, Ri-Maflow technicians are no longer producing auto components rather repairing or recycling electronic equipments that would have been alternatively discarded, such as old computers, keyboards and other tools. They know Italy still lags far behind in terms of waste disposal, and they decided to specialize in recycling activities accordingly.

Ri-Maflow workers stress that their only interest is inventing a new job to earn enough money to survive the current crisis, but if they can do that in a way that is meaningful for somebody else, or environmental friendly, they will be even more happy, and proud of themselves. They are not emotionally attached to their former factory, Maflow, but they all decided to go back there as they need a place where to make their dream come true, and they had no other options.

Tutti i problemi per Biden dopo l'attacco in Siria