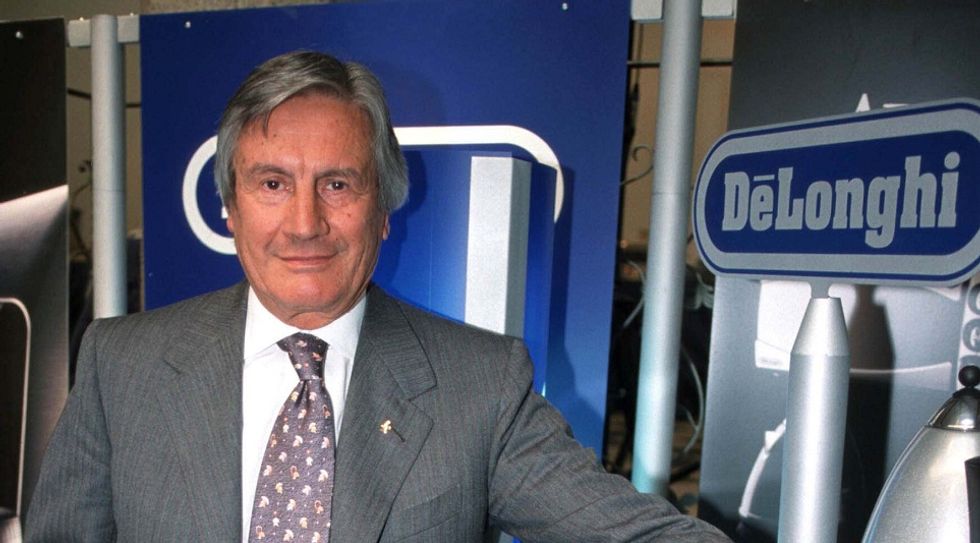 How Giuseppe De'Longhi is making a fortune celebrating Italian coffee

The company is contributing to spread the Italian culture of Espresso and Cappuccino all over the world.

Giuseppe De'Longhi, the founder and chairmen of De'Longhi SpA, has to thank Italian lifestyle and its culture of coffee for helping him becoming a billionaire.

The once tiny Italian company is today the third-largest coffee-machine manufacturer by retail volume in Europe, with a net worth of at least 2 billion USD, according to the Bloomberg Billionaires Index.

The De'Longhi family set up its first factory in Treviso in 1902, whose aim was supplying parts to local industry. It grew as a major producer of heaters and air-conditioners, and it later started expanding its production to nearly every category of small domestic household appliances, for both cooking and cleaning.

The company's first branded product, an oil-filled portable heater, was launched in 1975, and in 1990 it was decided to specialize on coffee machines. Since then, the cappuccino billionaire, as Bloomberg recently referred to Giuseppe De'Longhi, released something like 150 new models on the market, contributing to spread the Italian culture of coffee, or better, the one of Espresso and Cappuccino, all over the world.

According to Bloomberg analysts, De'Longhi's success is based on three factors: the perfect timing of joining the coffee machines market, as they did it just a few years before it started booming, the inevitable connection between Italy and coffee, which De'Longhi further emphasize with an ad hoc marketing strategy, and Mr. De'Longhi manifest love for coffee.

For people thinking that this impressive positive trend is destined to slow down, it should be reminded that at the moment De'Longhi's main market is Western Europe, and its growth potential in emerging markets is huge. Since drinking good coffee has become a lifestyle choice, it is realistic to forecast that emerging middle classes, either in China or Brazil, will soon start enjoying the habit of drinking a good cup of coffee in a cafeteria or at a restaurant. Once this new inclination consolidates, these people will start looking for a way to experience the same at home, and this is were De'Longhi can help, making huge profits out of it.