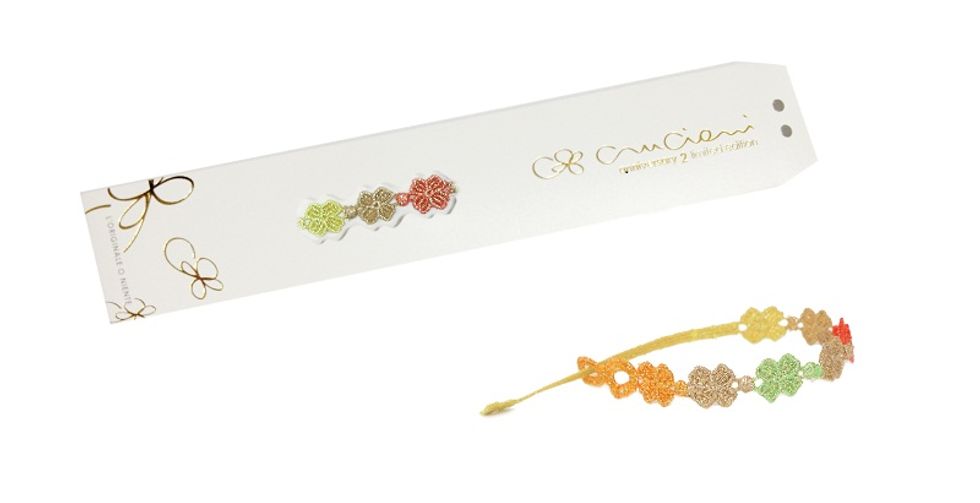 Now, it's time to celebrate a success based on impeccable craftsmanship and attention to detail

Cruciani C macramé bracelets represent an unbelievable success story of a totally "made in Italy" product. Cruciani was created in 1992 by a young Italian entrepreneur, Mr. Luca Caprai. His father Arnaldo founded in 1955 a textile factory that became a leading actor in the field of soft furnishings and laces; he extended the family business to high-quality cachemire wool garments. A first line of lace bracelets was created to mark the 150th anniversary of Italian Unification, and Luca Caprai took inspiration from it to mass-market a new product - the famous Cruciani C.

It is difficult to figure out how good such a simple idea was. A smart launch in Forte dei Marmi in 2012 and an even smarter marketing campaign proved successful: just think about the special Superman edition of the bracelet, sold at the movie première.

The bracelets have become the fashion accessory that everybody must have: eleven million pieces were sold in Italy (the last mono-brand shop was opened last week in Assisi) and around the world, as Cruciani distributes its products in more than twenty different countries. A Cruciani bracelet has been spotted at the wrist of VIPs and celebrities like Korean pop star Psy, who is wearing one in his last video clip "Gentleman". Also Curciani's revenues skyrocketed, as in 24 months sales turnover more than doubled. The secret of such attainments is a blend of the family's heritage in producing fine goods, impeccable craftsmanship and attention to detail - as secret behind many other truly Italian success stories.

It's now time to celebrate. A special edition of Cruciani C will be presented in a few days at Male Fashion Week, starting on June 22nd in Milan. The new bracelets will abandon the traditional single-coloured texture and feature decorations in four colours. Again, a simple idea: but, in Luca Caprai's own words, "style is better than luxury".