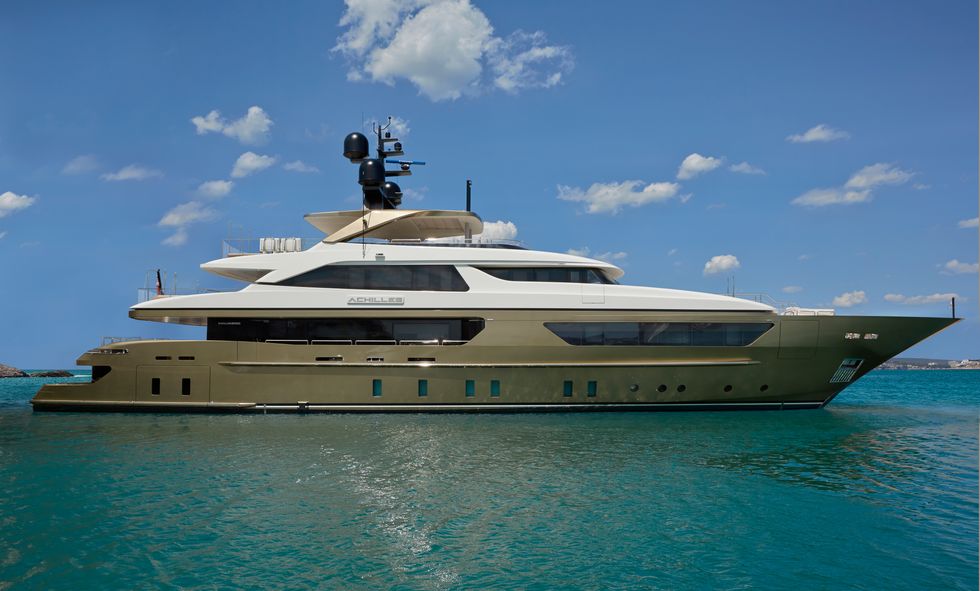 Sanlorenzo was awarded in the “Top Investors in China” category

During the 8th edition of the China Awards, which took place on November 28th in Milan, Sanlorenzo was awarded by the Italy-China Foundation as the Italian company that better valued the business opportunities of the emerging Chinese market, where it successfully registered astonishing results.

The Italy-China Foundation is an organization active in promoting economic and cultural exchanges between Italy and China. However, this is not the only actor behind the China Awards, which have been co-organized by the business and finance magazine Milano Finanza, the Italian Foreign Ministry, the Environment Ministry and both the Italian and Chinese Chambers of Commerce.

The reasons why the Italian shipyard Sanlorenzo has been awarded are linked to the successful investments the company has made in the People's Republic of China, promoting its aggressive expansion strategy in the Far East while strengthening its presence in China. Indeed, the Italian group recently opened a new office in Hong Kong (and a second show room will soon be opened in Sanya, Hainan region), among whose tasks there will be the one of supervising distribution of Italian-built Sanlorenzo motoryachts from 22 to 62 meters to the Great China market (that is the region including Mainland China, Hong Kong, Macau and Taiwan), among which there are a 38-meter Sanlorenzo SD122 motoryacht and a 46-meter superyacht in steel.

Sanlorenzo was awarded in the "Top Investors in China" category, confirming that in more than 50 years of history the Italian shipyard - the third in the world ranking of the top boat builders over 24 metres - has successfully managed to let its brand being associated to excellence in terms of quality and attention to details, the typical and globally respected features of a craftsmanship production. Finally, the Italian group is also well known for being specialized in adapting its motoryachs to costumers' taste, as with its "made to measure" program it can successfully modify details and designs according to the style and the requests of every single owner.