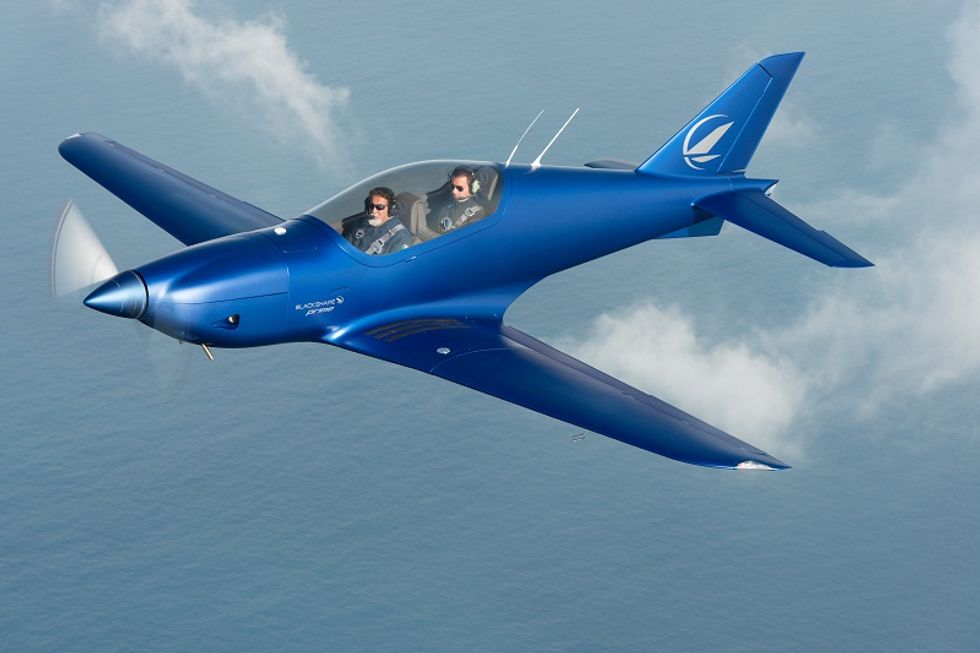 Blackshape represents a typical success entrepreneurial story. Blackshape is the brainchild of two young and dynamic businessmen from Bari, who started on their own a company which now has over sixty employees, and a significant financial turnover. Thanks to a public funding by regional authorities amounting to 25,000 Euros, they created a new company to produce ultralight airplanes made in carbon fibre. Since 2011, the society produces Prime, a two-seater airplane, which is used inItaly and abroad by those who wish to learn how to fly.

Thanks to state-of-the-art computation and modeling tools, advanced aeronautical engineering and a captivating design, the aircraft is largely used in flying schools beyond the Italian borders, and it can be seen in the skies of a dozen different countries. Already popular in privately-run schools, it is now a prime choice for governments who are willing to upgrade their military training facilities.

South Africa was the first: the Ministry of Defence inPretoria has commissioned a number of Blackshape airplanes for its wannabe pilots. Other government are likely to follow the same path, as the Blackshape is now the best product available in its field - and it is also the one with the cheapest running costs, a further appeal for international buyers, together with constant investment in research and innovation: Blackshape CEO Luciano Belviso is not going to stop now, as he feels "a strong responsibility to do even more and even better to continue to hold high the name of our technology and our industry".

Recently, Blackshape Prime received the "Flieger Magazine Award" in the ultralight category as the best airplane in the world. The prize recognized the top-end technologies used to create the airplane and, as  the Blackshape was considered "an absolute novelty both in terms of technology and in terms of performance and flight characteristics as well", and achieved "the highest standards in the world in just two years with an innovative and inspired by the most advanced technologies of the industry."