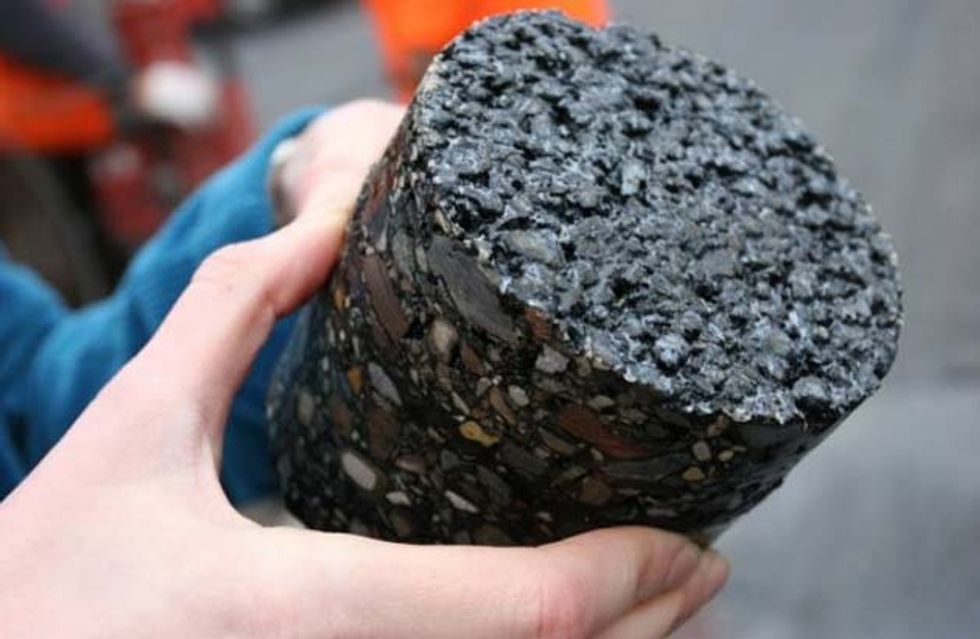 A company and two universities have joined forces. And they have produced Coverlite, an emulsion that cleans away smog by “copying” the process of chlorophyll photosynthesis

Roads, squares, parking lots and any other area covered with asphalt, stone or cement can become anti-smog surfaces. Surfaces that can noticeably reduce nitrogen oxides, polluting gases, in the air - and above all, in a continuous manner.

A special substance - Coverlite, the result of the collaboration between the Milan Polytechnic and La Sapienza university in Rome - if applied to these surfaces exposed to air and the sun's rays, has a photocatalytic effect and activates a process very similar to that of chlorophyll photosynthesis.

It acts on the nitrogen oxide present in the atmosphere, rendering it inert and transforming it into salts which remain on the ground and dissipate without causing damage to the environment.

"Coverlite is a polymeric microemulsion with a water base and added titanium dioxide," explains Mauro Bacchi, technical director of Impresa Bacchi. "This innovative product, which is sprayed on, penetrates into the grooves of the pavement and when the titanium dioxide, which is the active principle in the photocatalysis, reacts with the UV rays of the sun, it transforms the polluting gases into salts."

Five years of experimentation, tests and analysis at the labs of Impresa Bacchi in Carpiano, just outside Milan, in continuous collaboration with the Milan Polytechnic and the Department of Chemical Engineering at La Sapienza in Rome. "Together we did a load of experiments," Bacchi comments, "and we succeeded in finding the ideal solution for applying titanium dioxide to road pavement to make it photocatalytic and anti-smog, but without modifying its characteristics."

The first applications in the field, or, more precisely, on the road, began in 2008 and, since then, Coverlite has been used in a number of locations, including Ferrara, Monza, Cantù, Cesena, Reggio Emilia, Bressanone and Padua on contained areas, such as a single road or square.

It is with the two most-recent applications that this special substance has begun to be utilized on large-scale surfaces. Last June, this system was used to treat an area of 18,000 sqm outside the Arrivals Terminal 1 at Malpensa, including the access roads to the airport and some of the parking areas.

And in November the roads and squares around the new head offices of the Lombardy Region in the center of Milan were treated, for a total of nearly 25,000 sqm involving not only asphalt, but also stone and cement.

The analyses performed at Malpensa by the road testing laboratory of the Milan Polytechnic showed an average reduction in nitrogen oxides of around 9%.

Results which, under ideal laboratory conditions, rises to 43%. "The tests carried out by the Polytechnic show that this anti-smog treatment maintains a constant, long-lasting effect up to 4-to-5 years after its application," notes Armando Martignani, sales manager at Impresa Bacchi. "The result is, therefore, much more effective than the traffic bans imposed by cities, both in terms of the percentage of polluting gases and duration."

The Coverlite system is now patented throughout Europe and the Arab Emirates and it is the intellectual property of the company and the two universities that developed it. "There is tremendous interest abroad for this application," says Martignani. "We have had delegations of businessmen from France, Spain, Poland and Mexico. We are in the process of identifying partners for a sales, development and installation network in other countries." For roads and paved areas that clean the air, just the way trees do.